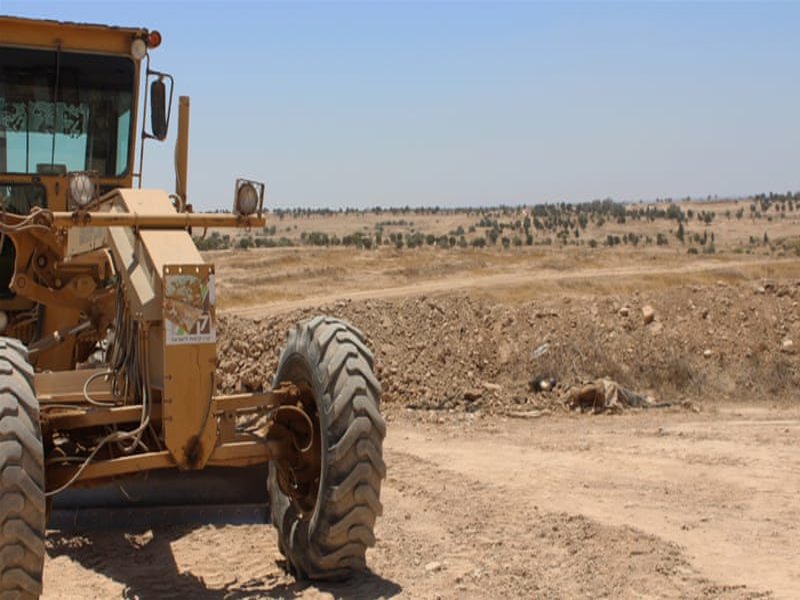 Israeli forces have destroyed a village in the country’s southern Negev region for the 119th time.

Residents of al-Araqib village said that armed forces and riot police stormed into the village with bulldozers at 7:15am on Tuesday, razing its remaining buildings to the ground.

The village, home to around 220 people, was first demolished on July 27, 2010. Since then, displaced residents have sought help from local activists to rebuild.

“We’re now living in makeshift homes, thanks to the state’s racist and criminal policies,” al-Touri said.

“They want to forcibly move us and do not comprehend that we are citizens of the state. They don’t recognise us, and if they did, they would have granted us our rights.”

Israeli authorities regularly carry out demolition orders in the Negev, arguing that these villages lack building permits, but residents say it is impossible to obtain a permit to build legally. Al-Araqib is one of some 40 “unrecognised” Bedouin villages in southern Israel that are under existential threat.

“No matter what, we will remain on our ancestors’ lands,” al-Touri said. “Our cemetery has been here since 1914, and we have six water wells that we aren’t even allowed to drink from.”

The last time al-Araqib underwent a demolition order was on September 14. Demolition orders against the village are executed on a monthly basis.

An estimated 200,000 Bedouins live in Israel, centred mainly in the country’s southern region. They are often denied state services, including water, electricity and educational facilities.

Israel plans to relocate the residents of unrecognised villages to planned townships. The process of replacing Bedouin villages with Jewish-only towns is under way, with villages such as Umm al-Hiran being slated for demolition.

A lawyer representing al-Araqib’s residents said that they had rejected a court order stating that they did not have ownership of the land and that it was lent to them by the state.

“We called for the immediate halt to demolition orders,” lawyer Sahbi Ibn Thuri told Al Jazeera. “But the state refused to recognise the tribe’s ownership of the village, claiming that the land was lent to them by the state back in the 1950s.”

Following the establishment of the state of Israel, Palestinian Bedouin villages and towns were declared closed military zones. At the time, many were unable to leave their towns without permits and were unaware that their lands had become property of the state.

“People like the residents of al-Araqib only realise their land had been confiscated when the police arrive with bulldozers to destroy their homes,” Thuri said. “The state claims these lands belong to them, but in reality, this is not the case. These people have inhabited the land way before the state ever existed.”

According to Thuri, the state will not grant the residents ownership of the village, even if they prove that they are the rightful owners. The state also compiled a criminal file on al-Touri, claiming that he has “trespassed” on public land.

“At best, they’ll [al-Araqib residents] be provided with compensation in the form of an alternative piece of land,” Thuri said. “But that, they have completely refused.”