Yemen blood bank may shut due to lack of funds 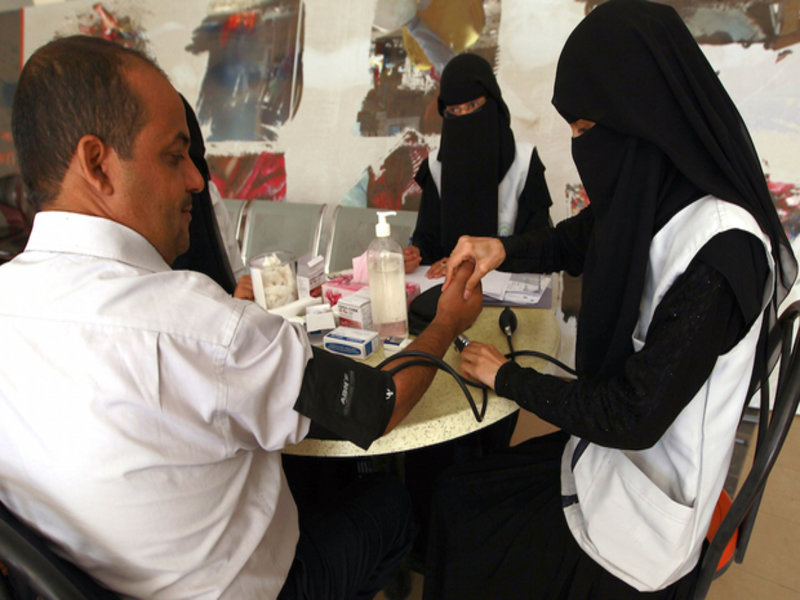 Yemen’s national blood bank may be forced to close due to a lack of money after an international medical charity decided to end two years of support, the director of the blood bank said.

However, the World Health Organisation (WHO) said it was trying to help by sending further supplies.

Yemen has been torn by two years of civil war that has killed more than 10,000 people, displaced more than three million and destroyed much of the country’s infrastructure, including its health system.

The country of 27 million has also been struggling to cope with a cholera epidemic that has affected some 600,000 people and killed nearly 2,000.

Dr Adnan al-Hakimi, the director of the National Blood Transfusion Centre, said the crisis emerged after French medical charity Doctors Without Borders (MSF) informed the blood bank it was suspending its aid after more than two years of work.

“The centre suffers from a complete shortage of supplies, including medical solutions, blood bags and medical needs,” Hakimi said.

“We have issued an appeal to all civil society groups, businessmen and anyone interested in charity work to save the lives of those who are ill, injured or wounded so the centre would not stop,” he added.

MSF had no immediate comment on the report, but the charity has been doing extensive work in Yemen since the war began in March 2015, operating hospitals and clinics and providing medical supplies to various state-run facilities.

In a report in January, MSF said it had been providing regular blood testing kits to the blood bank since September 2015.

The WHO confirmed the blood bank was at risk of closing.

“WHO is looking into ways to support the National Blood Transfusion Centre,” said Tarik Jasarevic, a WHO spokesman. “Supplies were ordered but have not reached Yemen as of now,” he added without elaborating.

Officials said patients suffering various diseases, including thalassaemia, cancer and kidney failures, as well as victims of the conflict stand to suffer if the blood bank closed down.

“If the centre stops, a catastrophe will hit the whole country,” said Munir al-Zubaidi, a spokesman for the blood bank.