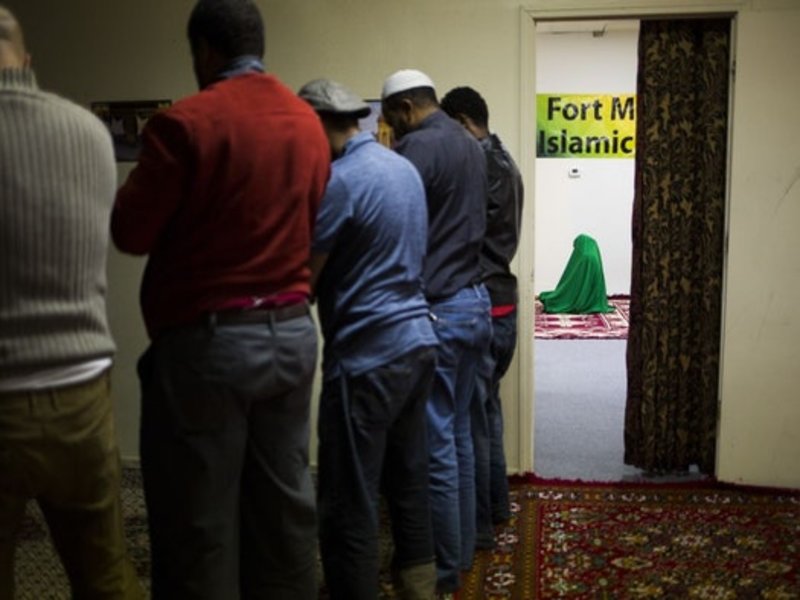 The U.S. Equal Employment Opportunity Commission has found reasonable cause that Cargill managers violated the Civil Rights Act by refusing to allow Somali-American Muslim workers to pray during their breaks at a meatpacking plant in Colorado.

The EEOC’s determination, reached Aug. 3, could set up a federal discrimination lawsuit should Cargill fail to seek a settlement agreement with the 140 fired workers seeking legal action. Of the thousands of discrimination charges filed with the federal government each year, a small fraction of them gain the backing of the commission.

In December 2015, about 150 employees walked off the job at Cargill’s meatpacking facility in Fort Morgan, Colo., after supervisors told them they would no longer be allowed to pray during their breaks. Cargill Meat Solutions, the Wichita-based subsidiary of agribusiness giant Cargill Inc., then fired the workers for violating attendance policies.
Cargill maintains that the prayer break issue was a misunderstanding between plant managers and the workers.

“We have had a long-standing commitment to inclusion and diversity, and respect for religious freedom and expression. We do what is required by law and go further to provide additional religious accommodation in our U.S. locations,” said Cargill in a statement Wednesday evening.

According to documents filed last year with the Colorado Labor Department, the workers — who had previously been using their breaks to pray — were suddenly told the company would no longer allow it.

Minnetonka-based Cargill disputes those claims. Cargill, the largest private company in the United States and one of the nation’s largest beef producers, slaughters cattle and makes boxed beef product at Fort Morgan.

The state of Colorado investigated and ultimately sided with the employees, finding that the workers were “not at fault” for the changes that precipitated the dispute and granting them unemployment benefits.

Praying five times a day is a core practice for Muslims.

Relations Board sided with the terminated workers in their complaint.

“The findings of the EEOC against Teamsters and Cargill reaffirms our strongly held belief that the Somali workers that were terminated were done so in violation of their federally protected rights,” said Qusair Mohamedbhai, the employees’ attorney with Rathod Mohamedbhai LLC, a Denver-based law firm specializing in employment and civil rights.

The Council on American-Islamic Relations (CAIR) applauded the EEOC’s decision.

“We welcome these determinations and hope they will ultimately lead to justice and compensation for all the workers who have suffered because they were denied their constitutionally guaranteed right to reasonable religious accommodation in the workplace,” Lena Masri, CAIR’s national litigation director, said in a statement.

CAIR said Cargill supervisors began blocking the doors to the room that Muslim employees had used to pray and that the Somali-American Muslim workers were sometimes “interrogated” after their bathroom breaks to make sure they didn’t pray while out.

Cargill says that is false.

“We are disappointed by, and disagree with, how the EEOC interprets what occurred at Fort Morgan in 2015. The inflammatory allegations made by CAIR [on Wednesday] are false,” the company said. “Cargill has provided religious accommodation to Fort Morgan employees for many years and established designated reflection areas there in 2009. Our policy has not changed and, based upon the facts, we are confident in our position. Cargill employees at

Fort Morgan come from many countries, and everyone working at the plant has access to religious accommodation under our policy.”

With the EEOC determining that there’s reasonable cause to believe discrimination occurred, Cargill and the employees now will have the chance to settle the matter through a confidential process called conciliation. If the two sides can’t reach a resolution then the employees’ private lawyers — and the EEOC on behalf of the U.S. government — could sue Cargill.

Mohamedbhai said they “welcome an attempt to conciliate this matter with the union and Cargill and to find a solution that works for everyone.”

Cargill stopped short of committing to the conciliation process, but said: “We look forward to continuing a dialogue with EEOC to better understand the basis for their initial determination.”