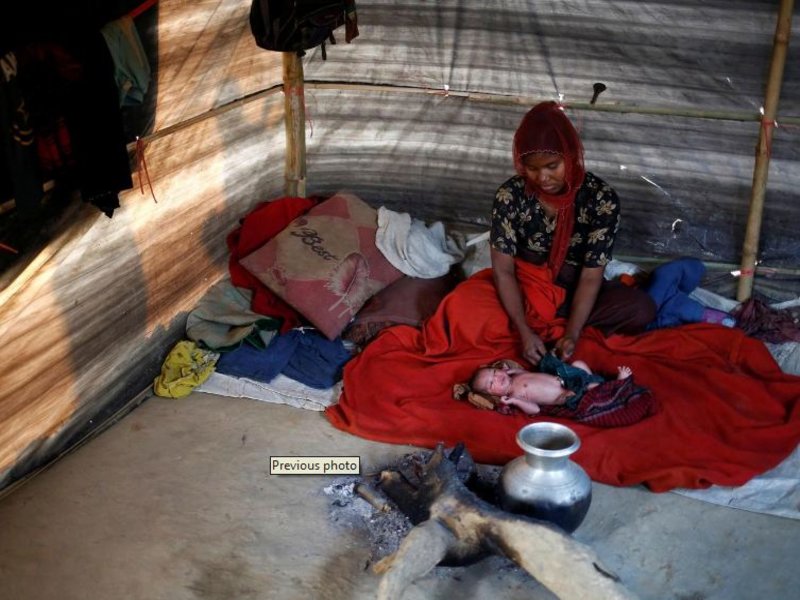 The European Union (EU) has clashed with the visiting leader of Burma, Aung San Suu Kyi, by publicly supporting an international mission to look into alleged human rights abuses by the country’s security forces against Rohingya Muslims.

The EU’s top diplomat Federica Mogherini, speaking at a news conference with Suu Kyi, said an agreed resolution of the UN Human Rights Council would help clear up uncertainty about allegations of killings, torture and rape against Rohingyas.

On the basis of that resolution, the top United Nations human rights body will send an international fact-finding mission to Burma despite Suu Kyi’s reservations.

“The fact-finding mission is focusing on establishing the truth about the past,” Mogherini said, noting a rare area of disagreement between the 28-nation EU and Burma. “We believe that this can contribute to establishing the facts.”

The UN Human Rights Council adopted the resolution, which was brought by the European Union and supported by countries including the United States, without a vote in March. China and India distanced themselves from the UN resolution.

Asked about the move, Suu Kyi, a Nobel Peace laureate, said: “We are disassociating ourselves from the resolution because we don’t think the resolution is in keeping with what is actually happening on the ground.”

Suu Kyi, the de facto leader of Burma’s civilian government and also its foreign minister, said she would only accept recommendations from a separate advisory commission led by former UN chief Kofi Annan. Any other input would “divide” communities, she added, without giving further details.

The violent persecution of the Rohingya Muslim minority in Burma and their efforts to flee the Southeast Asian country, often falling victim to predatory human-trafficking networks, has become an international concern, documented by Reuters in Pulitzer Prize-winning reports.

A UN report issued last month, based on interviews with 220 Rohingya among 75,000 who have fled to Bangladesh since October, said that Burma’s security forces have committed mass killings and gang rapes of Rohingya in a campaign that “very likely” amounts to crimes against humanity and possibly ethnic cleansing.

Activists have welcomed what they called a “landmark decision” by the 47-member UN Human Rights Council, and have called on the Burma government to cooperate.

Suu Kyi assumed power in 2016 following a landslide election win after Burma’s former military leaders initiated a political transition. The country had been an international pariah for decades under the military junta.