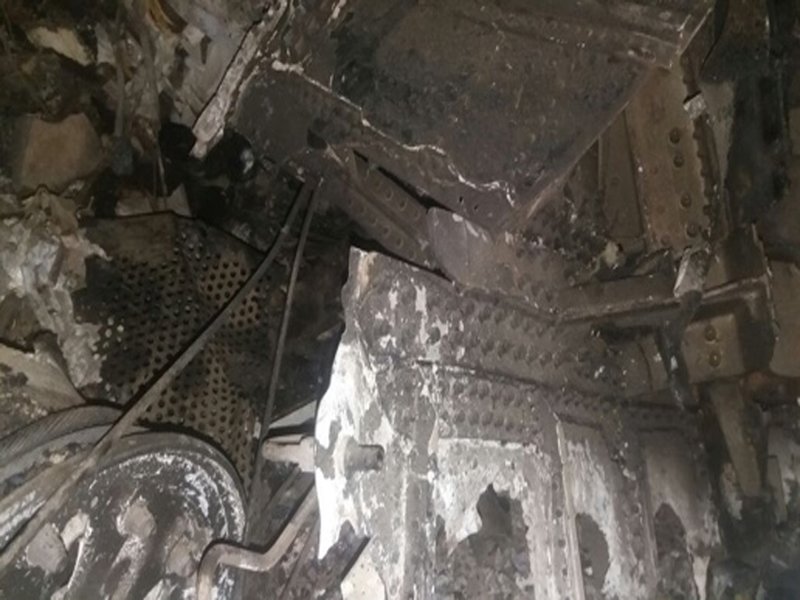 All 48 people on board a Pakistani passenger plane, which crashed in the country’s mountainous north, have died, the airline’s chairman has confirmed.

Pakistan International Airlines’ (PIA) PK 661 went down on a domestic flight from the city of Chitral to the capital Islamabad on Wednesday.

“There are no survivors, no one has survived,” Muhammad Azam Saigol told a press conference, about five hours after the plane crashed near the town of Havelian, in Khyber-Pakhtunkhwa province.

Saigol said the ATR-42 aircraft had undergone regular maintenance and had in October passed an “A-check” certification, conducted after every 500 hours of flight operations.

“I think that there was no technical error or human error … obviously there will be a proper investigation,” he said.
The military said 40 bodies were recovered and rescue efforts involved about 500 soldiers, doctors and paramedics.

“Five bodies have been identified, but the rest are unidentifiable,” our correspondent said.

Junaid Jamshed, Pakistan’s singer-turned-preacher, and his wife were also on board the plane that came down near the town of Havelian in Abbottabad district.

A PIA spokesperson told Al Jazeera it was too early to ascertain the cause of the crash.

“PIA aircraft ATR-42 (AP-BHO) crashed near Havelian at 16:42 hours, 42 passengers, five crew members and one ground engineer were on board,” the spokesperson said in a statement.

“Rescue efforts are underway, and we are ascertaining the extent of damage to life of those on board the aircraft.”
Hospital officials told Al Jazeera that the bodies were badly burned and it was very difficult to identify them.

Jamshed rocketed to fame in Pakistan in the 1980s and 1990s as the singer for the Vital Signs pop band. He launched a solo career later with a string of chart-topping albums and hits.

He gave up music in 2001 and announced that he was devoting his life to spreading Islam.

Osama Warraich, Deputy Commissioner of Chitral, was on board the flight.

“I was working in my shop when I heard the explosion. But it wasn’t until 15 minutes later that we heard a plane had crashed,” Abbas said.

“There was a lot of smoke when I got to the location and the wreckage of the plane was on fire. The first body we pulled out was badly burned. It was after that the rescue officials and the army got there. The area is very remote and it was getting quite dark, making rescue efforts very difficult.”

Al Jazeera’s Kamal Hyder said the pilot had sent a distress signal before the plane crashed.

Some relatives of those onboard have gathered at Islamabad airport but were getting very little information or assistance from authorities, according to Al Jazeera’s Hameedullah Khan.

Pakistan’s Dawn News reported that 40 ambulances were dispatched from Islamabad and a helicopter will be used to put out the fire. It added that owing to darkness and the remoteness of the crash site, rescue efforts were proving to be very difficult.

The deadliest crash was in 2010, when an Airbus 321 operated by private airline Airblue and flying from Karachi crashed into hills outside Islamabad while about to land, killing all 152 on board.