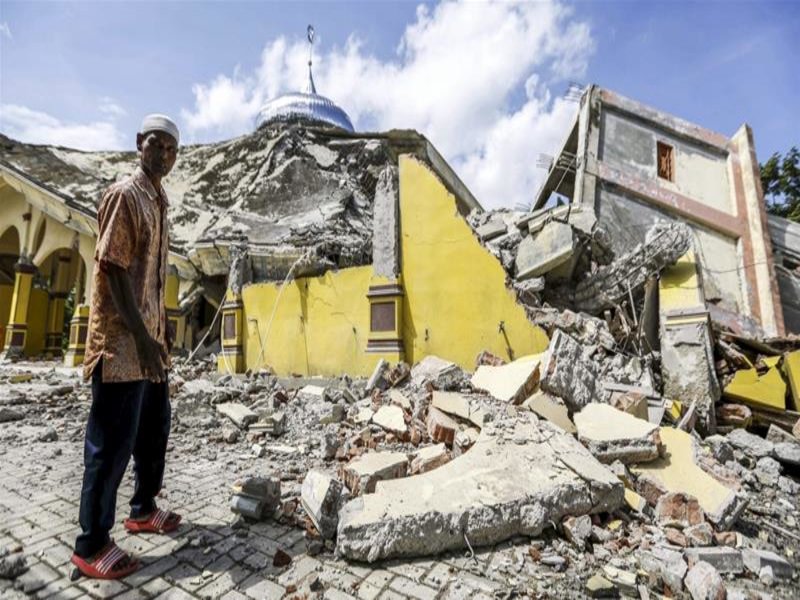 Scores have died and dozens were feared trapped in rubble after a strong earthquake struck off the coast of Aceh province on the Indonesian island of Sumatra, officials and local media said.

The national disaster mitigation agency on the other hand, said that 78 people have suffered serious injuries from the quake.

Aiyub Abbas, the district chief of Pidie Jayat, said that hundreds of people in the district had been injured and dozens of buildings had collapsed.

There was an urgent need for excavation equipment to move heavy debris and emergency supplies, Abbas said.
Said Mulyadi, deputy district chief of Pidie Jaya, told the AFP news agency that seven children were among the dead, with a local hospital overwhelmed by the number of people arriving with injuries.

“The hospital here couldn’t take the patients, so we sent some to the neighbouring district,” he said.

The quake struck at dawn, as some in the predominantly Muslim region prepared for morning prayers.

“It happened at five o’clock this morning, people were shaken by a heavy earthquake,” Al Jazeera’s Step Vaessen, reporting from Jakarta, said. “People rushed out of their houses, because they have the experience from 2004 when a huge tsunami hit Aceh and many died.”

‘Death toll likely to rise’
No tsunami alert was issued and there was no risk of a tsunami, according to Indonesian authorities.
But mosques, homes and shops were flattened in the quake, with images from the worst-hit areas showing significant damage.

The local disaster management agency said that rescue efforts were under way to save those trapped beneath collapsed buildings.

“Some people are still trapped inside shophouses, and we are trying to evacuate them using heavy machines and by hand,” local agency head Puteh Manaf said.

“At the moment a search and rescue operation is under way, teams are still heading to the area also trying to find more survivors,” said Al Jazeera’s Vaessen. “But the death toll is likely to rise … there are people believed to be trapped in buildings.”

Seismologists said the earthquake was felt across much of Aceh province, which was devastated by the 2004 Indian Ocean tsunami.

Indonesia experiences frequent seismic and volcanic activity due to its position on the Pacific “Ring of Fire”, where tectonic plates collide.

Aceh lies on the northern tip of Sumatra island, which is particularly prone to quakes. In June, a 6.5-magnitude quake struck off the west of Sumatra, damaging scores of buildings and injuring eight people.

A huge undersea earthquake in the Indian Ocean in 2004 triggered a tsunami that engulfed parts of Aceh.
The tsunami killed more than 170,000 people in Indonesia and tens of thousands more in other countries around the Indian Ocean.