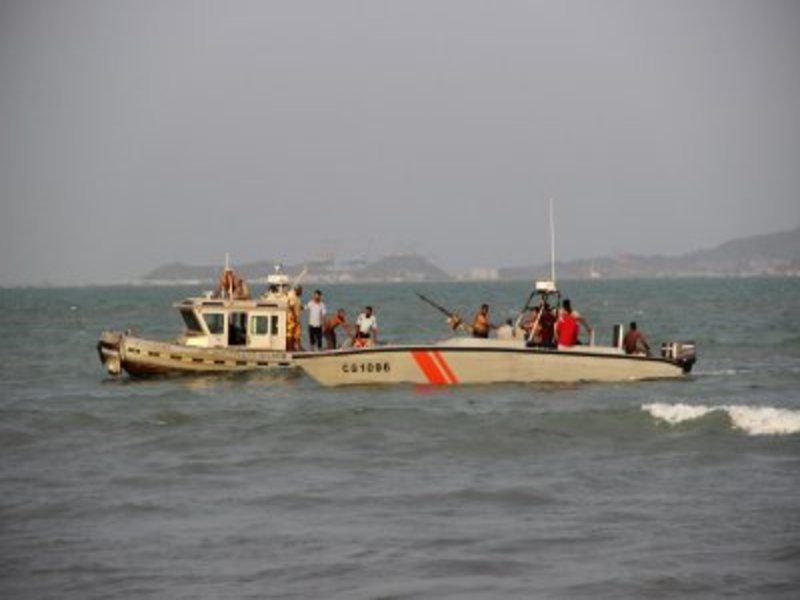 Nearly 60 people are missing after a ship sank off Yemen’s Socotra island, its fisheries minister said on Wednesday, with state media reporting that only two people had been rescued.

The boat went missing five days ago while heading from Yemen’s southeastern port city of Mukalla toward Socotra with some 60 people on board, among them women and children, Fahd Kavieen said.

Socotra lies in the Indian Ocean closer to the coast of Somalia than the Yemeni mainland.

The government’s sabanew.net reported that two ships, one Austrian, one Australian, had rescued two of those on board.

It did not specify whether the vessels were merchant ships or part of an international flotilla that has been fighting piracy off the Somali coast.

Through the devastating conflict that has pitted forces loyal to President Abedrabbo Mansour Hadi against Shiite rebels and their allies over the past few years, Socotra has remained loyal to his Saudi-backed government throughout.

The Mukalla-based governor of Hadramawt province, Major General Ahmed bin Breik, said a call for help had been issued to the Saudi-led coalition backing Hadi’s government to help search for those still missing.