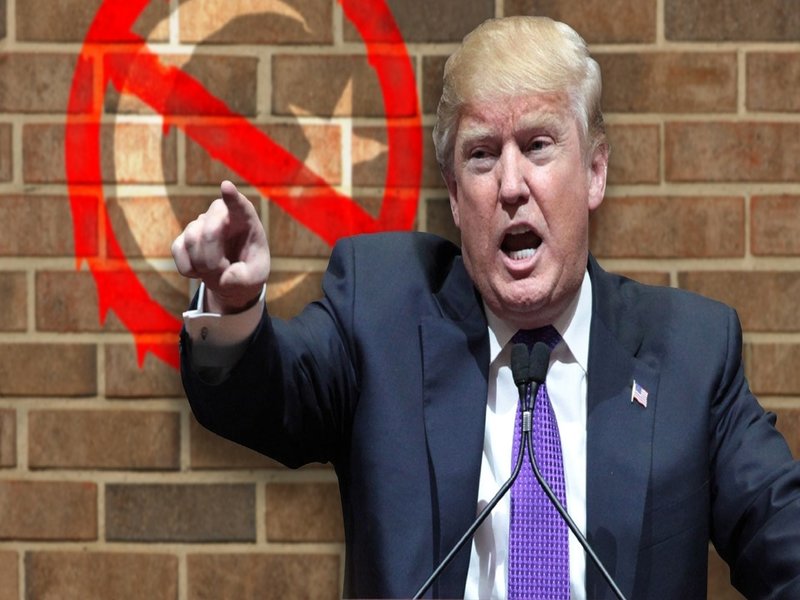 Donald Trump’s team has removed the statement on his website to ban all Muslims from the US.

On the same night that millions of votes were pouring in for the real estate mogul turned politician, the page linking to his December statement regarding a temporary and complete Muslim has been removed.

The page now redirects to his a page encouraging voters to donate to his campaign.

The page was available on the morning of the election on 8 November, according to online caches. But the redirected was added later the same night.

Trump was widely condemned for his call shortly after the terrorist attacks in Paris in November 2015 to temporarily ban all Muslims until he figured out “what the hell was going on”.

Trump and his allies have consistently defended the ban, insisting the measure was about Americans’ “safety” and not about discriminating against religion. Videos and speeches defending the ban remain on the Trump campaign website.

The Trump campaign could not be immediately contacted.
It is not the first time the Trump team has scrubbed pages from its websites.

After speculation rose that Melania Trump did not not complete her university degree, her biography page was taken down and started to redirect to Trump’s golf course.

Trump won the presidential election on 8 November with 279 electoral votes.