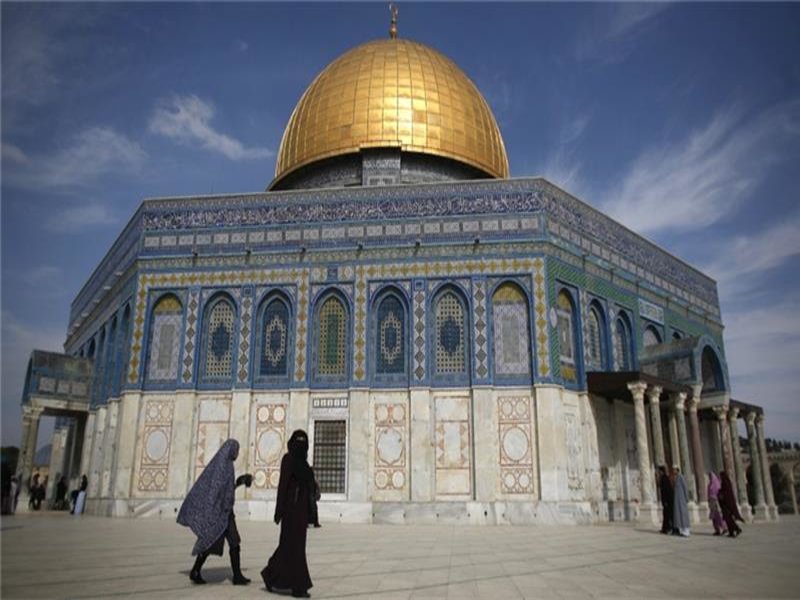 Home to Muslim, Christian and Jewish holy sites, Old City to retain conservation status after secret ballot.UNESCO’s World Heritage Committee has approved a new resolution on the status of conservation of the Old City of Jerusalem.

In Wednesday’s secret ballot, the UN cultural body agreed to retain the walled area, home to key Muslim, Christian and Jewish holy sites, on the list of endangered world heritage.

It also criticised Israel for its continuous refusal to let the body’s experts access Jerusalem’s holy sites to determine their conservation status.

The document refers to the Jerusalem site only by its Arab name.

Muslims refer to it as al-Haram al-Sharif, Arabic for the Noble Sanctuary, and it includes the al-Aqsa mosque and the golden Dome of the Rock. It is the third holiest in Islam, after Mecca and Medina in Saudi Arabia.

“It calls for respecting the status quo of its religious sites, including the al-Aqsa Mosque Compound that continues to be threatened by the systematic incitement and provocative actions of the Israeli government and extremist Jewish groups,” Erekat said.

The Old City, home to holy sites, lies at the heart of the Israeli-Palestinian conflict. It is situated in East Jerusalem – the area of the holy city occupied by Israel in the 1967 Middle East war.

Majority vote
While Israel controls the area, its annexation is not internationally recognised.

Jews refer to the hilltop compound in Jerusalem’s Old City as the Temple Mount, the site where the ancient temples were located.

The resolution was passed by the World Heritage Committee’s 21 member countries. Ten countries voted for, two against, eight abstained and one was absent.

Makram Queisi, Jordan’s ambassador to UNESCO, said the heritage committee was trying to tackle the issue from a “technical point of view” even as many parties were politicising it.

“Jerusalem is a site listed on the World Heritage List, and this is the place where this site has to be discussed because the Israeli government after the occupation has changed many aspects on the ground,” he said.

UNESCO’s World Heritage Site list is known throughout the world for its work in highlighting sites of historic and cultural significance, and endangered global heritage.

Israel had already suspended its funding to UNESCO when Palestinian membership was approved, along with the United States, which used to provide 22 percent of the agency’s budget.

Neither Israel, the US nor Palestine is on the World Heritage Committee.

Israeli Prime Minister Benjamin Netanyahu criticised Wednesday’s decision and said he would recall his ambassador to UNESCO for consultations on how to proceed.