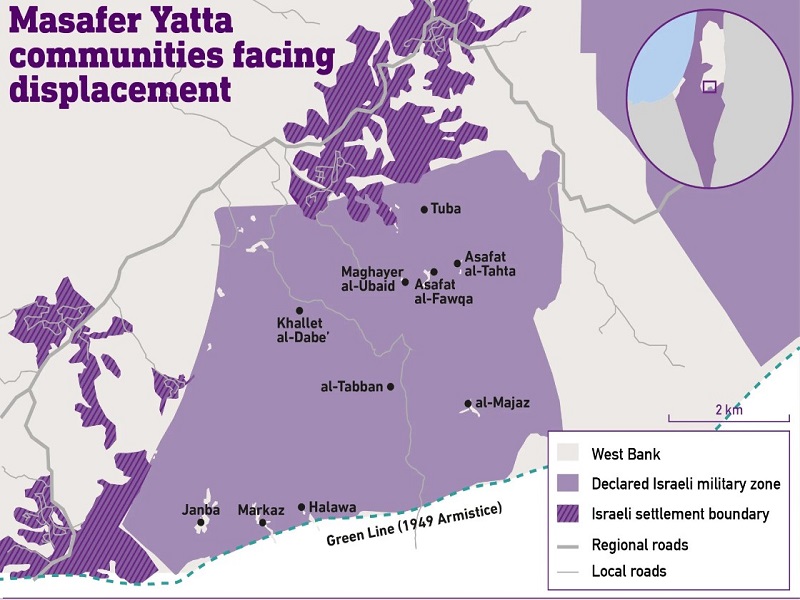 Israeli occupation forces ordered today the demolition of 8 Palestinian homes in the villages of Ad-Deirat and Ar-Refa’iyaa in MAsafer Yatta region, to the south of Hebron in the occupied West Bank, according to local sources.

Fo’ad Le’mour, a local Palestinian activist, told WAFA that an Israeli army force stormed two villages and handed notifications for the demolition of four homes in the each of the two villages.

Seven of the houses slated for demolition are already inhabited by local Palestinian households, while only one is currently under construction.

On May 4, the Israeli High Court gave the Israeli army the green light to demolish and displace over 1000 Palestinians living in some eight communities in Masafer Yatta in order to turn the area into a training and a firing zone.

The decision promoted strong local and international condemnation and warning of serious consequences if carried out.

Israel has been gradually demolishing homes and displacing families in several Masafer Yatta communities over the past few weeks.