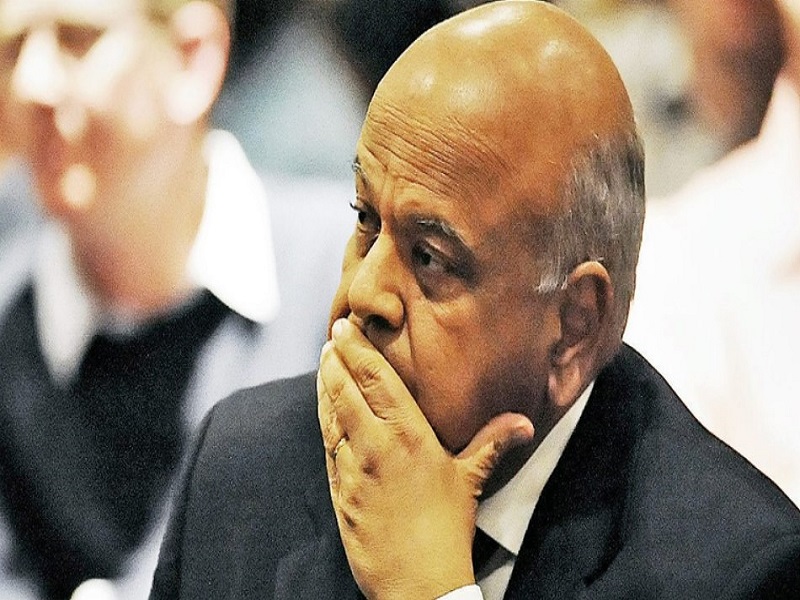 Suspended public enterprises director-general Kgathatso Tlhakudi has filed a damning affidavit at the labour court this week accusing Minister Pravin Gordhan of “unlawfully” removing him from his position because he was an obstacle to his program “of disposing of state-owned enterprises (SOE) and their assets in a fraudulent and corrupt manner.”

Tlhakudi claims Gordhan’s decision to sell off South African Airways (SAA) was “intended to benefit a few privileged individuals who had been favoured and had picked by the minister in an irregular and unlawful manner.”

The veracity of these allegations is yet to be tested in court. On Friday, Gordhan gave notice of the intention to oppose Tlhakudi’s application to the labour court and added that the state attorney’s office in Pretoria is the address where all the documents about this matter should be delivered and addressed.

The Department of Public Enterprises (DPE) signed the purchase agreement to sell SAA to Takatso Consortium for R51 in February this year. The DG says he was forced to raise “protected disclosure due to the delinquent behaviour of minister Gordhan” on the issues surrounding the SAA business rescue matter.

Tlhakudi also hit out at the department, which claimed in a press statement shortly after his suspension in June, that he was part of the process of disposing of 51% of the government’s shareholding in SAA to a strategic equity partner (SEP) last year.

The DG in his court papers claims Gordhan excluded him in a crucial SAA business rescue meeting in December 2019 “in a deliberate and suspicious manner” and replaced him with his subordinate, Advocate Melanchton Makobe, even though he arrived earlier at the venue “in anticipation of the meeting.”

He added that a “grave sin” was to question SAA directors, he found at the venue, “on the board’s recommendation to place the business under rescue when the path to the recapitalisation of the airline and its restructuring had been set out and would if implemented, cost much less than the business rescue, sadly the prognosis is good about the minister was then to embark on.”

Tlhakudi says that Gordhan decided around the first quarter of 2021 “that I should not lead the SAA SEP transition discussion and brought in Nosipho Damasane, the adviser to the minister, and Senge Mxenge, who was a deputy director level secondment from Investec, later given a short contract in the department to sanitise his unlawful and irregular employment.”

“This team would report directly to the minister and I would occasionally be invited to meetings where they would give feedback on.”

Tlhakudi added that “the introduction of Takatso was problematic to me on another level.”

Tlhakudi said he raised his concern after he found out that there was something odd with the Share Sales and Purchase Agreement (SPA) “specifically the undervaluation of SAA assets, the unconscionable purchase price and the unfair distribution of the transaction risk to the state.”

He added after the signing of the SPA in March 2022, the department was unable to provide the R900 million that was supposed to go into the escrow account.

“This means that the SPA was signed without confirming availability of funding to cover the commitments made, which is a violation of the PFMA.”

“I had raised these concerns in a meeting and in writing to negotiating team and impressed upon the perception in the public arena that the transaction will be received. In the meeting, the minister tried to silence me when he raised his concerns, as it was clear that the DPE negotiating team had informed him of my position. I had stood my ground as I believe that my position was correct.”

Tlhakudi believes that it was possibly his position on the matter that “might have irked minister Gordhan and made him prefer the charges of misconduct against me, it was clear that minister Gordhan was using back channels to assert his authority. The litany of charges (against me) are not what the real issues are.”

The sale and purchase agreement was signed by acting DG Jacky Molisane on February 22 this year while Tlhakudi was on sick leave.