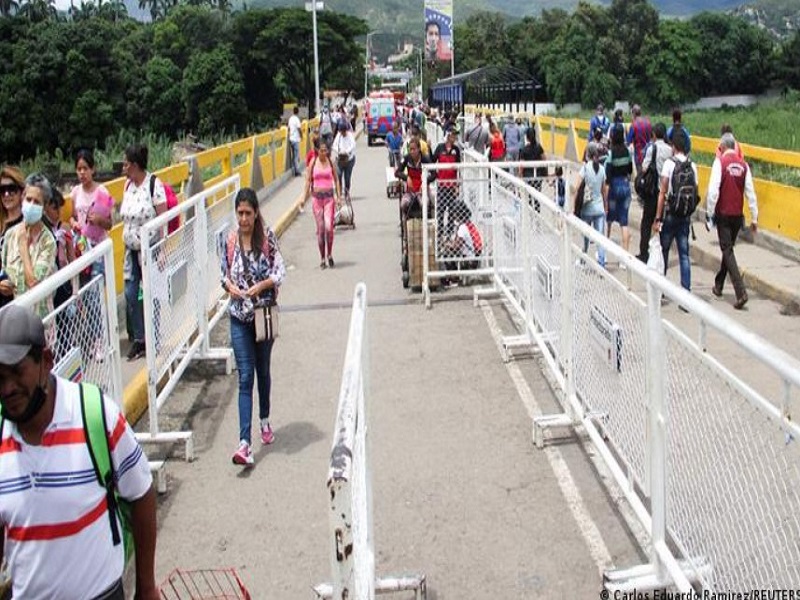 On Thursday, Venezuela’s Foreign Minister Carlos Faria and the foreign minister-elect of Colombia, Alvaro Leyva, made a joint declaration in the Venezuelan border city of San Cristobal.

Leyva said both sides wanted to see “the gradual normalization of bilateral relations from August 7 by naming ambassadors and diplomatic and consular officials.”

Faria confirmed one item on the agenda was the “gradual opening” of the border.

Colombia and Venezuela share a long, porous border that has long been a haven for armed groups like the ELN and FARC.

The security situation has lead to concerns over smuggling and kidnapping.

The relationship between Colombia and Venezuela broke down during the 2015 migrant crisis.

In 2019, Colombia’s outgoing President Ivan Duque cut off ties with Caracas altogether when he refused to recognize the election of Venezuelan leader Nicolas Maduro.

Embassies and consulates in both countries were closed, while flights between the two countries were also grounded. The border itself remained shut between 2019 and late 2021.