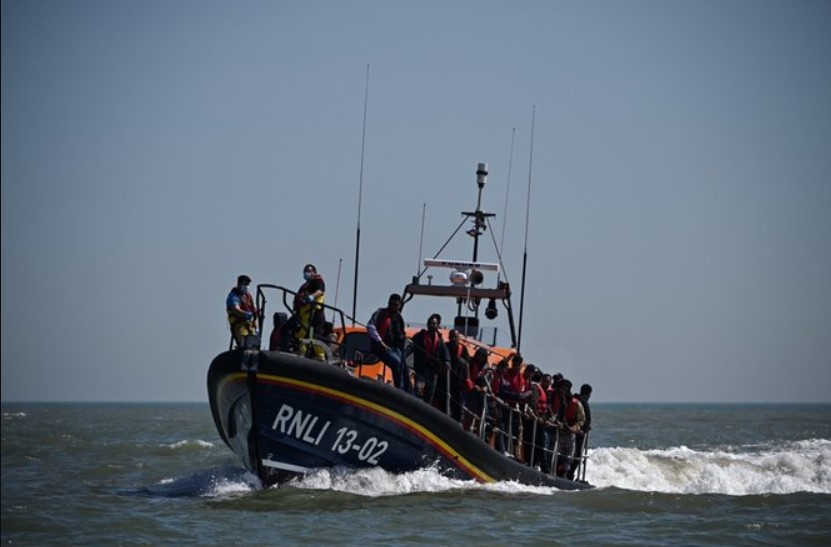 A 26-year-old Iranian-Kurdish people trafficker and 38 members of his gang were behind bars on Wednesday after police in five European countries smashed a major cross-border network that smuggled migrants into the UK.

The gang leader was arrested in Britain along with five other people smugglers. Germany arrested 18 gang members, French police nine and Dutch police six.
Police also seized more than 1,200 life-jackets, about 150 rubber boats and 50 engines, and tens of thousands of euros in cash, firearms and drugs.

The EU law enforcement agency Europol said the trafficking network could have smuggled as many as 10,000 illegal migrants to Britain over the past year and a half and netted as much as €15 million. Police officials said the gang was one of the most active criminal networks smuggling people from France and Belgium to Britain in small boats.

More than 28,500 people arrived in England illegally last year, mostly from the Middle East, North Africa and Afghanistan, after making the dangerous cross-Channel journey in often flimsy and dangerous vessels.

“Given the number of boats we seized yesterday … we can expect a fall in the number of crossings in the immediate future,” Matt Rivers of the UK National Crime Agency said.
The British government hopes to start sending some of the illegal migrants to Rwanda but that plan — widely criticised in the UK and internationally — is being held up by legal challenges.