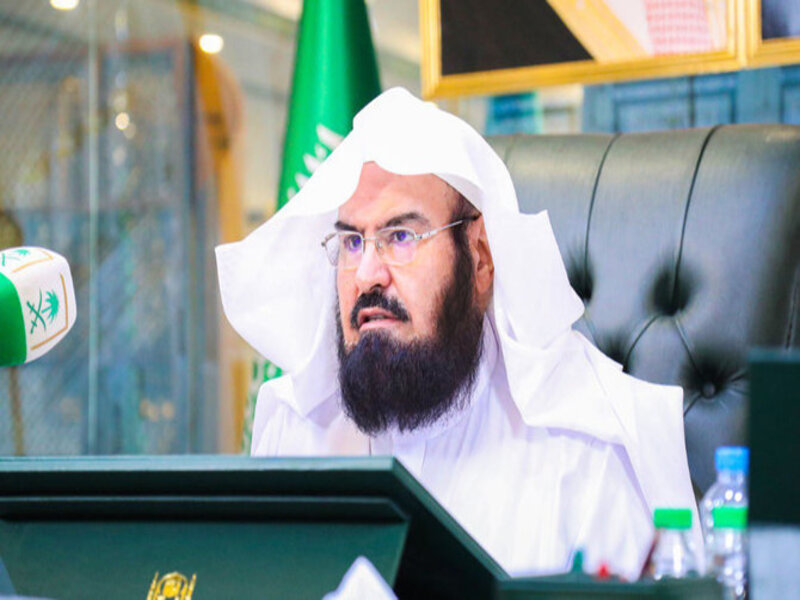 Saudi Arabia’s General Presidency for the Affairs of the Two Holy Mosques on Sunday launched its operational plan for this year’s Hajj season.

The presidency confirmed its readiness to receive 1 million pilgrims, saying that it has mobilized 10,000 male and female employees and workers to serve the worshippers.

Sheikh Abdulrahman Al-Sudais, president of the General Presidency for the Affairs of the Two Holy Mosques, launched the plan in the presence of the minister of Hajj and Umrah, Tawfiq Al-Rabiah, and the director of the General Directorate of Public Security, Lt. Gen. Mohammed Abdullah Al-Bassami.

Al-Sudais said that all topics, services and programs were being followed up minute by minute to ensure the highest quality, through a set of indicators supervised by the presidency around the clock.

He said that the presidency had launched smart applications and electronic platforms that would facilitate and enrich visitors’ experiences, revealing that the number of beneficiaries of this digital service had reached more than 160 million.

Al-Sudais said that the full operational capacity of chapels of the third expansion, the outer courtyards and the King Fahd expansion has been completed. The courtyard will be dedicated solely to pilgrims, with the allocation of special chapels in the basement, and the ground and first floors to perform the Tawaf ritual.

He said that the presidency had implemented the highest standards of environmental protection in the services provided in the Two Holy Mosques. “Thank God, it was confirmed that the two Hajj seasons for the past two years were free from any epidemic cases inside the Two Holy Mosques, noting that the environment of the Grand Mosque was the most sterilized worldwide,” he said.

A diverse package of services had been prepared to empower pilgrims, facilitate their rituals and enrich their experience, especially since this year’s Hajj season comes after two Hajj seasons that were exceptional in their organization, enabling people to perform their rituals while procuring the ideal healthy religious atmosphere.

Al-Sudais said that 2,000 electric vehicles had been provided to serve the elderly and people with disabilities, in addition to providing 500 engineering staff, and that the sermon of Arafa would be translated into 10 different languages.