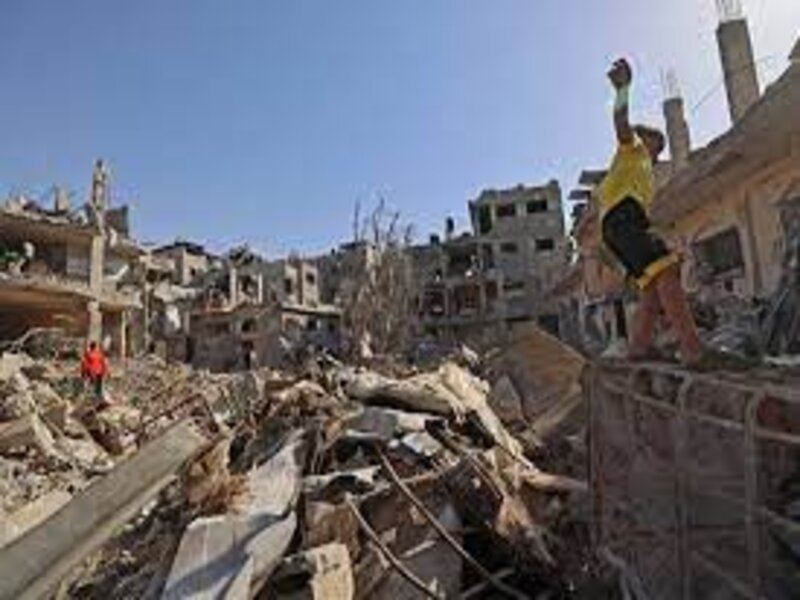 Palestinian human rights groups have urged the International Criminal Court to investigate Israel’s attack on the Gaza Strip last year. Al-Haq, Al-Mezan and the Palestinian Centre for Human Rights (PCHR) have provided a detailed description and analysis of the war crimes and crimes against humanity committed during the military offensive in May 2021.

“The May 2021 attack on Gaza is just the most recent example of a series of highly destructive military operations aimed at causing disproportionate damage and suffering for the civilian population of the Gaza Strip, which is subjected to an unlawful 15-year-old closure,” said Raji Sourani, the Director of the PCHR.

The Israeli operation was codenamed “Operation Guardian of the Walls”. It was launched in the context of an exceptionally serious wave of repression by the Israeli authorities across occupied Palestine.

Sourani said that tension escalated after the courts in Israel ordered the expulsion of Palestinian families from their homes in the occupied Jerusalem neighbourhood of Sheikh Jarrah, and the transfer of the land to illegal Israeli settlers. The unacceptable expulsions — ethnic cleansing in all but name — resulted in protests spreading all over the Palestinian territories, which were met by Israel with more repression and military force.

In Jerusalem and within the Green (1949 Armistice) Line this translated into waves of arbitrary arrests, police violence and mobs of Israeli extremists lynching Palestinians while being shielded and supported by the occupation security forces. In the West Bank, it took the form of tightening the occupation regime by the Israeli military and security forces.

The Gaza Strip, meanwhile, was hit by a full-scale military assault. Eleven days of heavy bombardment killed 240 Palestinians and wounded 1,968.

The analysis provided to the ICC focuses specifically on the international crimes committed in Gaza, consistent with the previous military attacks on the coastal enclave and its illegal blockade, which has been in place for 15 years.

“The commission of these crimes needs to be seen in the context of Israel’s prolonged, belligerent occupation of the entire Palestinian territory, and of the widespread commission of systemic crimes against humanity, including apartheid, and grave war crimes,” explained Shawan Jabareen, the Director of Al-Haq.

Issam Younis, the Director-General of Al-Mezan, insisted that the victims have already waited far too long for justice. “How much longer will Palestinians in Gaza need to wait before the ICC holds Israeli officials to account?”

An effective prosecution is warranted, and would constitute the last resource to restore respect for international laws and conventions.