Soldiers hold 21 members of Palestinian family, 7 of them minors 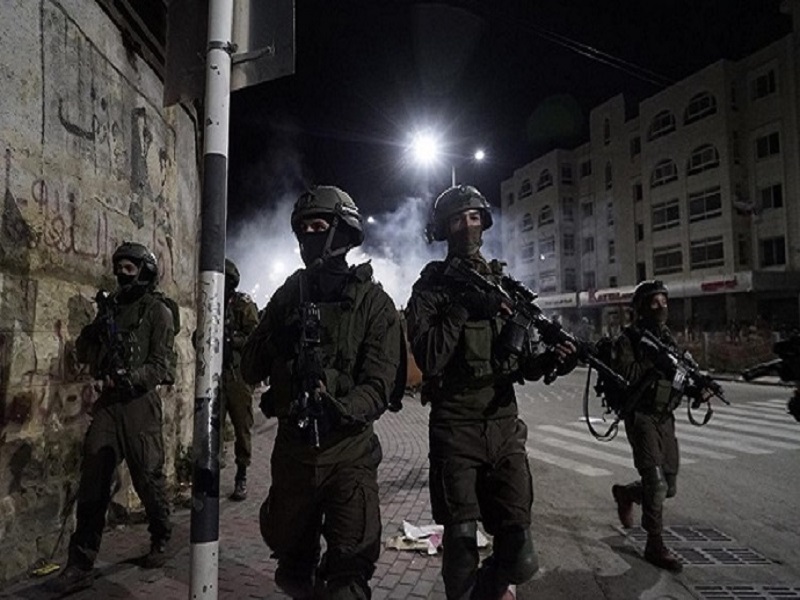 On Sunday, 12 December 2021, at around 1:00 A.M., soldiers knocked on the door of the apartment in which Mahmoud (57) and Nidaa (55) Salhab live with their four children in the neighborhood of Khirbet Qalqas in Hebron. When Mahmoud opened the door, about 20 soldiers came in and demanded to know the whereabouts of his son Anas (24), a student at Hebron University. They then locked Anas in his room on the ground floor of the building and led Mahmoud and three of his children to an adjacent storeroom.

Soldiers surrounding the building led other family members who live in the compound to the storeroom, until they were holding 21 of them, including seven minors, in the room along with 10 soldiers guarding them. From the storeroom, the family could hear Anas shouting as the soldiers beat him in the adjacent room. When his brother Ibrahim (16) tried to protest what was happening, the soldiers attacked and beat him, too. In the ensuing argument, soldiers dragged Anas’ cousin, Osama Salhab (24), along the storeroom floor, causing his head to bang into an empty aquarium, which shattered and injured him. The soldiers called a military ambulance that took him to Soroka Medical Center in Beersheba.

At around 2:30 A.M., the soldiers left, taking Anas with them, handcuffed and blindfolded. They drove him around for several hours until they arrived at the Etzion Detention Center at around 8:30 A.M. At the center, he was held inside a military jeep until noon. Throughout the entire time, Anas was not given food, water or access to a toilet. He was then taken into a conversation with an ISA officer, who warned him not to participate in Hamas activities marking the movement’s anniversary. The talk lasted less than an hour, after which he was released and sent home with other students who had been called in for a similar warning.

After the soldiers left, five family members were taken to the ‘Alia Governmental Hospital in Hebron. Three of them were diagnosed with bruises, and two were in shock. At around 5:00 A.M., they were discharged. Osama Salhab was discharged the following day, and then arrested and charged with assaulting soldiers that night.

In the dead of night, dozens of soldiers entered a compound in Hebron that is home to about 30 people. They woke the occupants, held most of them in a storeroom and attacked some of them. The result: six members of the family were taken to hospital and two detained – one of them to date. This is incident is not exceptional; it is part of the intolerable routine that the Israeli apartheid regime imposes on Palestinians in the West Bank.