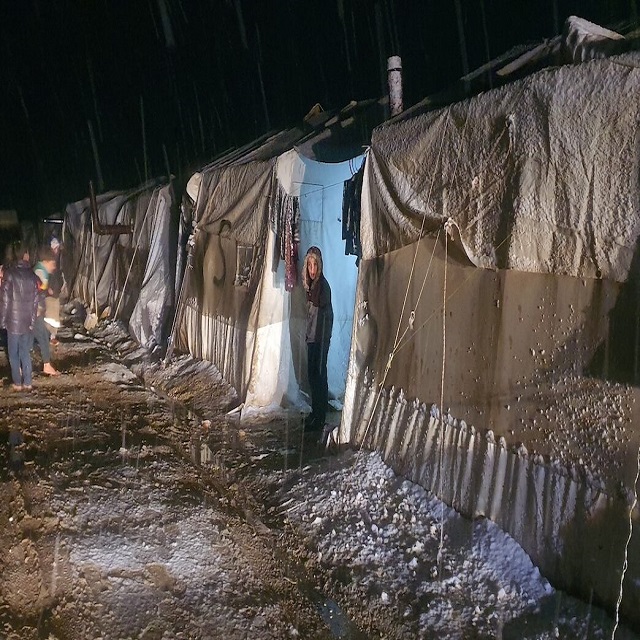 At least one child was killed in northern Syria, this week, when a storm blanketed tented camps in snow and brought freezing temperatures, Reuters reported.

The United Nations Office for the Coordination of Humanitarian Affairs said Thursday, the child has died and its mother was in intensive care after snow caused their tent to collapse in the Qastal Miqdad area, as a result of the storm that struck on 18 January.

The statement noted that two children were hospitalised due to the cold.

The United Nations, which warned about flooding once the snow started to melt, said 362 tents had been damaged in the region as of 19 January, and more than 400 families had been affected.

The United Nations noted that some families had been evacuated from a camp in northern Syria in the most affected areas.