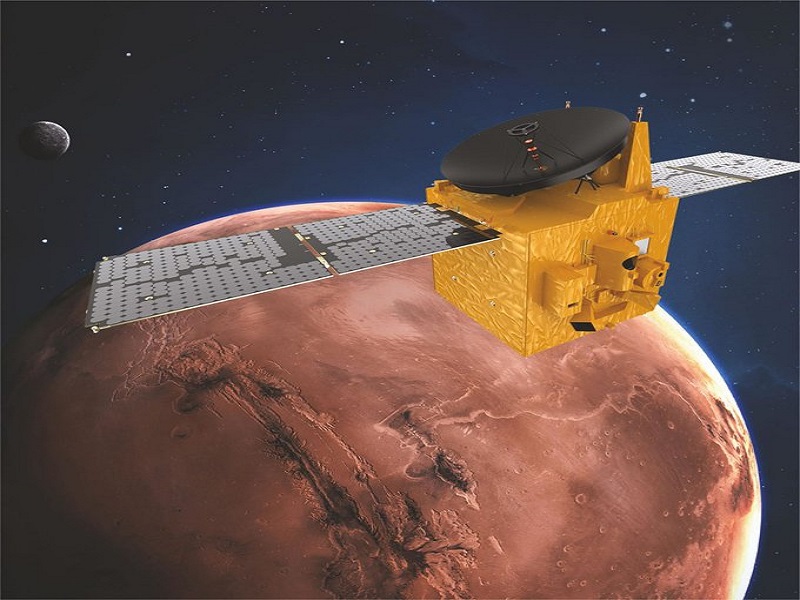 The UAE’s Hope probe is on its final approach towards Mars on today where it is due to enter the red planet’s orbit after a six-month-long multimillion kilometer voyage into outer space. And UAE Prime Minister Sheikh Mohammed bin Rashid Al Maktoum said while there was still a 50 percent chance of failure, he remained confident of success.

The Hope Probe Mission will start the Mars orbit insertion phase later today at 3:42 p.m. GMT, having travelled 493 million kilometers since its launch from the Tanegashima island in Japan on July 20, 2020. Once it has successfully entered the planet’s orbit, the probe will gather up to 1,000 gigabytes of scientific data about the Martian atmosphere, which will be shared with 200 scientific and academic institutions globally for free.

Sheikh Mohammed said “the mission was historic – not just for the UAE –  but also for the region, and would inspire other Arabs to reach for the skies. The biggest challenge for the Probe is to enter Mars orbit… though the failure rate is 50 percent I believe success is within our grasp.”