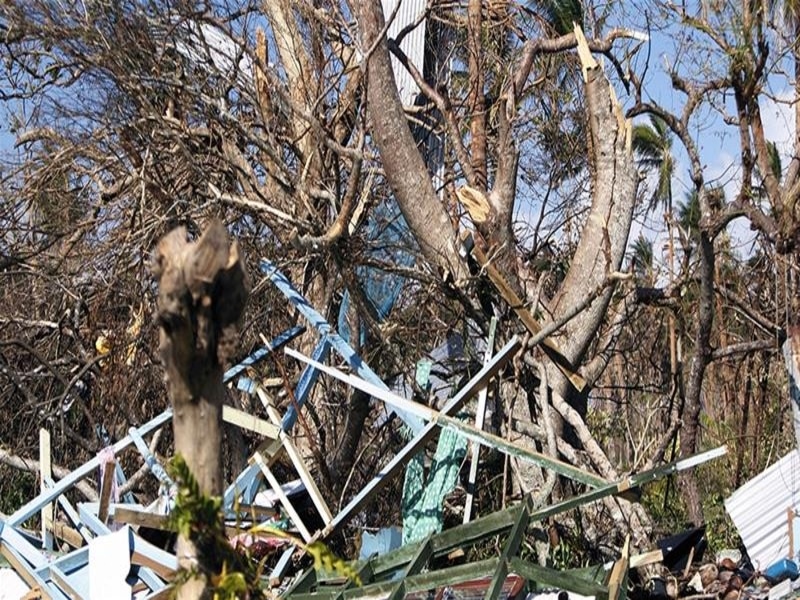 The Joint Typhoon Warning Center has reported Tropical Cyclone Harold made landfall over Vanuatu just south of Elia at 22:15 GMT on Sunday.

The cyclone remains a dangerous and powerful system, moving slowly through the South Pacific archipelago and heading towards Fiji this week.

Strong winds, torrential rain, and storm surges are of major concern for the chain of islands.

On Sunday evening, the tropical cyclone had maximum sustained winds equivalent to a Category 4 hurricane on the Saffir-Simpson Hurricane Wind Scale.

Northern parts of Vanuatu will suffer the worst of Tropical Cyclone Harold’s strong winds and rain, with a further 300mm of rain forecast in the coming days.

Landslides and flash flooding are expected following the torrential and persistent rain.

A red alert has been issued by the Vanuatu National Disaster Management Office (NDMO) for Sanba, Torba, Penama, and Malampa provinces, warning people “a cyclone is imminent and to stay in a safe shelter”.

The NDMO also issued a yellow alert warning “a cyclone is expected within 12 hours” for Efate, the main island of Vanuatu.

The severe cyclone is forecast to continue to track southeast in the coming days, and head to the south of Fiji and Tonga this week.

Heavy rain and strong winds will begin to affect Fiji on Tuesday, where an estimated 200mm of rain is expected, which could certainly lead to flooding and the threat of landslides.