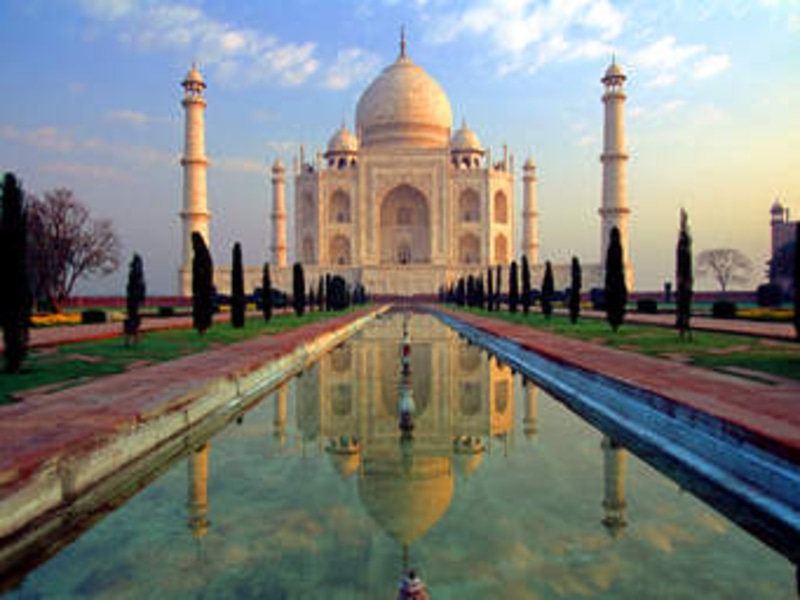 India will close the iconic Taj Mahal – a UNESCO World Heritage Site – to visitors from Tuesday as part of measures to try and combat the coronavirus pandemic, the tourism ministry said on Monday.

“All ticketed monuments and all other museums have been directed to be closed until March 31,” Tourism Minister Prahlad Patel tweeted late on Monday.

Most schools and entertainment facilities, including cinemas, have already been closed across India, the world’s second-most populous country with 1.3 billion people, according to the AFP news agency.

The South Asian nation has reported 126 cases of infection and three deaths from the virus. On Tuesday, a 64-year-old man died in the western state of Maharashtra – the hardest hit state with more than 30 confirmed cases.

Mumbai, a densely populated metropolis of 18 million, also authorised hospital and airport authorities to stamp the wrists of those who have been ordered to self-isolate with indelible ink reading “Home Quarantined” and displaying the date until which the person has been ordered to self-quarantine, Reuters reported on Tuesday.

“Any of us can use the fund to meet the cost of immediate actions,” Modi told the other leaders of the South Asian Association for Regional Cooperation (SAARC) nations – Afghanistan, Bangladesh, Bhutan, the Maldives, Nepal, Pakistan and Sri Lanka – via video conference.

Though coronavirus infections have remained low in South Asia so far, Pakistan has seen a sharp rise in COVID-19 cases in recent days, with 184 infected with the virus.

Worldwide, the number of deaths has passed 6,500 with more than 168,000 infections in 142 countries and territories.

The UN cultural agency UNESCO calls the white-marble Taj the “jewel of Muslim art”. US President Donald Trump and his wife Melania visited the site last month during his official visit to India.

Along with the Taj Mahal, dozens of other protected monuments and museums across in the country including the Ajanta and Ellora caves and religious sites such as the Siddhivinayak temple in Mumbai, were ordered closed.

India has also suspended all incoming tourists and will bar non-Indian passengers on flights from the European Union, the European Free Trade Association, Turkey and the United Kingdom from Wednesday.

Travellers coming from or transiting through the United Arab Emirates, Qatar, Oman and Kuwait are required to undergo a 14-day quarantine when they arrive in India, the government announced on Monday.

Arrivals from China, Italy, Iran, South Korea, France, Spain and Germany are already subject to similar restrictions, while most border points with neighbouring Bangladesh and Myanmar have been shut.

In Mumbai, unions involved with its Bollywood film industry – one of the largest in the world – said they would stop all work until the end of March.

The closure of the Taj Mahal, the most-visited site in India, came as the central bank, after an emergency meeting, said on Monday it would boost cash injections into financial markets by one trillion rupees ($13.5bn) to address the economic effect of the pandemic.

The Reserve Bank of India also announced another round of foreign-currency swaps to inject $2bn into the market to stabilise the rupee, which fell to record lows last week.