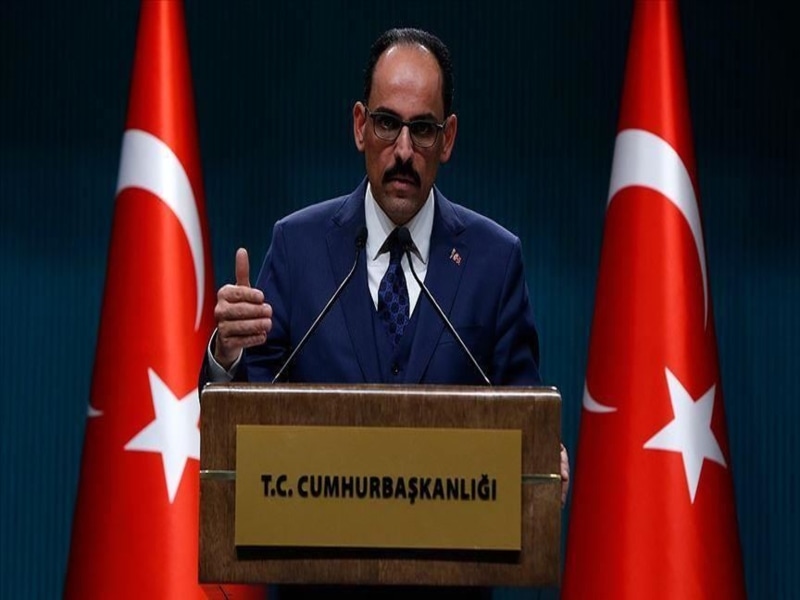 Turkey’s presidential spokesman on Friday called on the international community to take measures to de-escalate tensions in Syria after dozens of Turkish soldiers were martyred in a late night attack by the regime forces.

“The crisis in Idlib has crossed all limits. Therefore, the international community should put a stop to humanitarian crises in Idlib, Syria and take concrete steps,” Ibrahim Kalin said in a statement.

Late Thursday, at least 33 Turkish soldiers were martyred and dozens of others injured in an airstrike by Assad regime forces in the Idlib de-escalation zone, just across Turkey’s southern border.

Extending his condolences to the families of the martyrs and wishing speedy recovery to the wounded, he said, Turkey had responded with ground and air strikes which hit more than 200 regime targets.

The Turkish soldiers in Idlib are working to protect local civilians under a 2018 deal with Russia under which acts of aggression are prohibited in the region.

In September 2018, Turkey and Russia agreed to turn Idlib into a de-escalation zone in which acts of aggression are expressly prohibited.

But more than 1,300 civilians have been killed in attacks by the regime and Russian forces in the zone since then, as the cease-fire continues to be violated.

The de-escalation zone is currently home to 4 million civilians, including hundreds of thousands displaced in recent years by regime forces throughout the war-torn country.

More than 1.7 million Syrians have moved near the Turkish border due to intense attacks.

Since the eruption of the bloody civil war in Syria in 2011, Turkey has taken in some 3.7 million Syrians who fled their country, making it the world’s top refugee-hosting country.