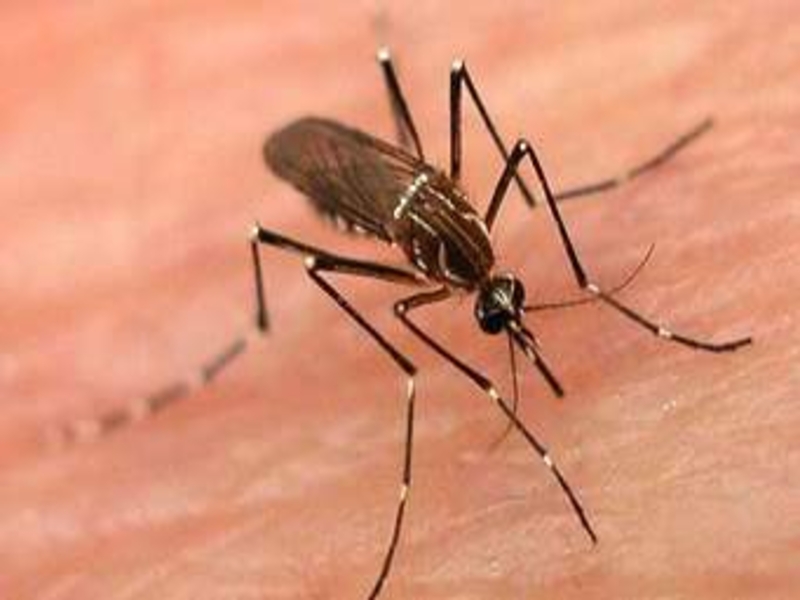 Mohammad Abdullah, who works at a private hospital in Bangladesh’s capital Dhaka, has been suffering from dengue fever since July 16. His younger brother and mother have also caught the fever. All are now hospitalised.

“I work in a dialysis lab of this hospital. I know very well about this mosquito-borne viral disease [dengue fever]. But I couldn’t avoid it,” Abdullah, lying in a hospital bed, told Anadolu Agency.

He said he is a resident of Shantibag area, which has seen a “very unplanned” development. “Even a little rain creates water-logging here. Poor drainage and sewerage system takes two to three days to clean the stagnant water. During the monsoon period we severely suffer from water stagnation and mosquitos,” he said.

A record number of dengue cases has been reported in Bangladesh this year, with a total of 8,565 people have been infected by the disease until July 24, according to the latest update from the Directorate General of Health Services (DGHS).

The running month of July alone has seen a massive surge in the reported cases of dengue, with 6,421 dengue patients.

Dr. Md. Mouzzam Hossain, a dengue specialist at the Care Medical College Hospital, told Anadolu Agency that the dengue cases have increased in the recent years due to environmental change and lack of awareness. “This year it reaches to epidemic proportions, breaking all past records.”

He urged the government to take the dengue as a topmost priority issue and immediately sit with authorities of all public and private hospitals to jointly handle the crisis.

Dengue is a mosquito-borne viral infection, which is found in tropical and sub-tropical climates worldwide, mostly in urban and semi-urban areas. The infection causes a flu-like illness, and occasionally develops into a potentially lethal complication called severe dengue, according to the World Health Organization.

Dhaka, a megacity of above 20 million people, has turned into a vast building site, with thousands of new high-rise buildings are under construction.

For this massive construction works barrels of stagnant water or reservoirs are also made and rainwater stays pooled in those under-construction sites.

Currently, the mega metro-rail project is under construction on the main street from Dhaka’s main airport to business hub Motijheel. Many parts on the street have already been dug for this project. It is seen that rainwater is stagnated in many holes.

The DGHS records also show that more than 90% of the dengue cases in the country were reported in the capital city.

“Just for four days ago, I came to Dhaka for some official works and got infected with dengue,” Mohammad Kamal Uddin, an expatriate Bangladeshi, who is under treatment in a city hospital, told Anadolu Agency.

“I have been working in Kuwait for the past few years. I have frequently seen rains in that country. But I have never seen such stagnation of water and poor drainage system there like in Dhaka city,” he added.

The real number of dengue cases is unclear, and could possibly be higher.

Dhaka’s South City Corporation (DSCC) Mayor Sayeed Khokon has recently spoken about the treatment of tens of thousands of dengue patients in only the southern part of the city.

Around 25,000 patients affected with dengue fever have so far been given primary medical care and the patients who were in critical condition have been sent to nearby hospitals for treatment, Khokon was quoted by the Daily Star as saying on July 22.

Hasanur Rahman, an on-duty doctor at the Islami Bank Central Hospital, told Anadolu Agency on July 23 that during his duty hours on the day, 14 patients came to the hospital and seven of them were suffering from dengue fever.

“In the last couple of days, so many dengue patients have come to the hospital for treatment but not all of them could be admitted due to lack of cabins, or beds,” he added.

The Bangladeshi government has decided to launch a weeklong countrywide mosquito killing and cleanliness program on July 25.

A 22-member national committee, headed by Local Government, Rural Development and Co-operatives Minister Md. Tajul Islam, has been formed to implement the decision and make the program effective.

As part of the weeklong drive, people will be encouraged to destroy all mosquito breeding grounds at their homes.

On July 14, the country’s Higher Court held health officials responsible for failing to eliminate Aedes mosquitoes and stop the spread of dengue, chikungunya and similar other diseases in the city.

In its ruling, the court said over 11 people reportedly died of dengue recently. However, local media said the death toll surpasses 25

But, according to the government record, a total of 8 people,including a civil surgeon,died of the disease.

Calling the dengue situation in Bangladesh “alarming”, the World Health Organisation (WHO) has called for a quick and effective drive. “The condition would turn epidemic if such a trend continued,” Dr. Edwin Salvador, acting representative of WHO in Dhaka, said on July 21.