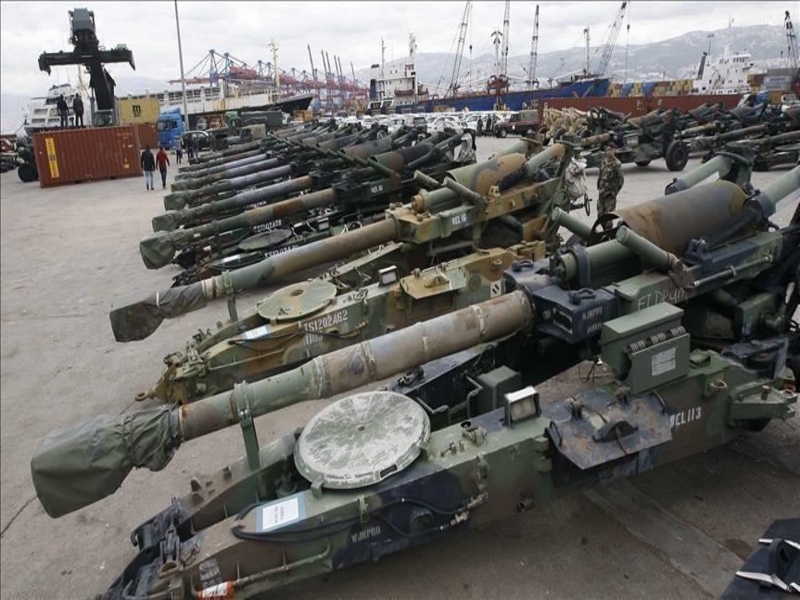 The British government licensed sale of $800 million worth of military equipment to Saudi Arabia in the six months following the murder of journalist Jamal Khashoggi, said a U.K.-based group.

According to the Campaign Against the Arms Trade (CAAT), the British government approved the licenses of $805 million worth of weapons exports to Saudi Arabia from October 2018 to March 2019, despite condemning the murder of Khashoggi.

Khashoggi was killed and dismembered by a group of Saudi operatives shortly after he entered Turkey’s Consulate in Istanbul in October 2018 to acquire a marriage certificate.

Riyadh offered various conflicting narratives to explain the disappearance before acknowledging Khashoggi was killed in the diplomatic building while trying to shift blame for his death on a botched rendition by rogue agents.

“The foreign secretary said that he condemned the murder of Jamal Khashoggi in the strongest terms, but, in the months that followed, it was business as usual for the government and the arms companies,” Andrew Smith, director of CAAT, said.

“At the same time as the Saudi regime was covering up his murder ministers were approving hundreds of millions of pounds worth of arms,” he added, reminding that British weapons have played a destructive role in the Saudi-led war in Yemen in which tens of thousands of people have been killed.

The $800 million sale included $685 million worth of so-called ML4 licenses which refers to the sale of missiles, rockets, bombs, torpedoes and other explosive devices. Furthermore, another $11 million under the ML10 licenses were approved which include vessels designed for military use as well as naval equipment.

In June, a court of appeal declared that British arms sales to Saudi Arabia were unlawful after having found that U.K weapons could have played a role in the deaths of civilians in the war in Yemen.

Since the court ruling, the government has suspended approvals on any new licenses but will continue exports under past agreements. The government has said it will challenge the court’s decision and that the statistics revealed by CAAT represented arms sales made in the first months of 2019, before the court judgement.

Yemen has been beset by violence and chaos since 2014, when the Iran-aligned Houthi rebels overran much of the country, including capital Sanaa.

The crisis escalated in 2015 when Saudi Arabia and several Arab allies launched a devastating air campaign aimed at rolling back Houthi territorial gains.

According to UN figures, Yemen is facing one of the world’s worst humanitarian crises, with more than 10 million people driven to the brink of famine.