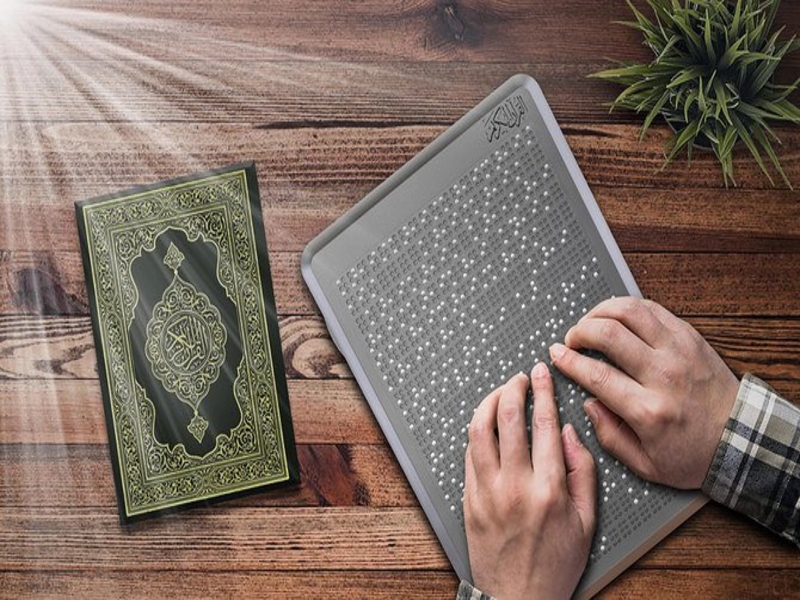 The visually impaired face many challenges in their lives, even when it comes to religious practices such as reading the Holy Qur’an.

With the help of technology, Saudi inventor Meshal Al-Harasani is working on creating a digital mus’haf for the visually impaired to facilitate reading the Holy Qur’an.

For the 30-year-old inventor, who is also an adviser at King Abdul Aziz University, this is the latest in a series of ingenious creations he has been making since he was 13 — he is responsible for more than 50 inventions in various humanitarian and social fields.

“It is an electronic board with 28 characters and each character has six braille letters, and the board page contains 28 rows,” Al-Harasani told Arab News.

“The visually impaired can read the Qur’an easily and navigate through the pages easily as the entire Qur’an is registered on the board,” he said.

Al-Harasani explained how the digital mus’haf would ease the process of reading the Qur’an for the visually impaired compared with their normal version of the Qur’an in braille.

“The visually impaired read the Qur’an in braille in six large volumes that make it difficult for them to reach the page, passage or Surah. Carrying them and storing them is difficult too because of the size.”

Al-Harasani was inspired to create the digital mus’haf when he visited the King Fahd Complex for the Printing of the Holy Qur’an in Madinah to participate in a Qur’an teaching seminar for those with special needs.

His invention is still being developed and is expected to be launched in a year.

“So far, the electronic board contains 28 characters and 28 rows to absorb the same number of characters as the pages of the paper Qur’an in braille. The idea is now in the development stage. My team and I are working on pursuing the work step by step and as soon as possible.”

Al-Harasani said that part of the team he is working with are visually impaired individuals.

“I work with a distinguished group of people, including visually impaired people, and this is what drives me to work harder, when I see the sense of amazement and happiness on their faces when pursuing this honorable work,” he told Arab News.