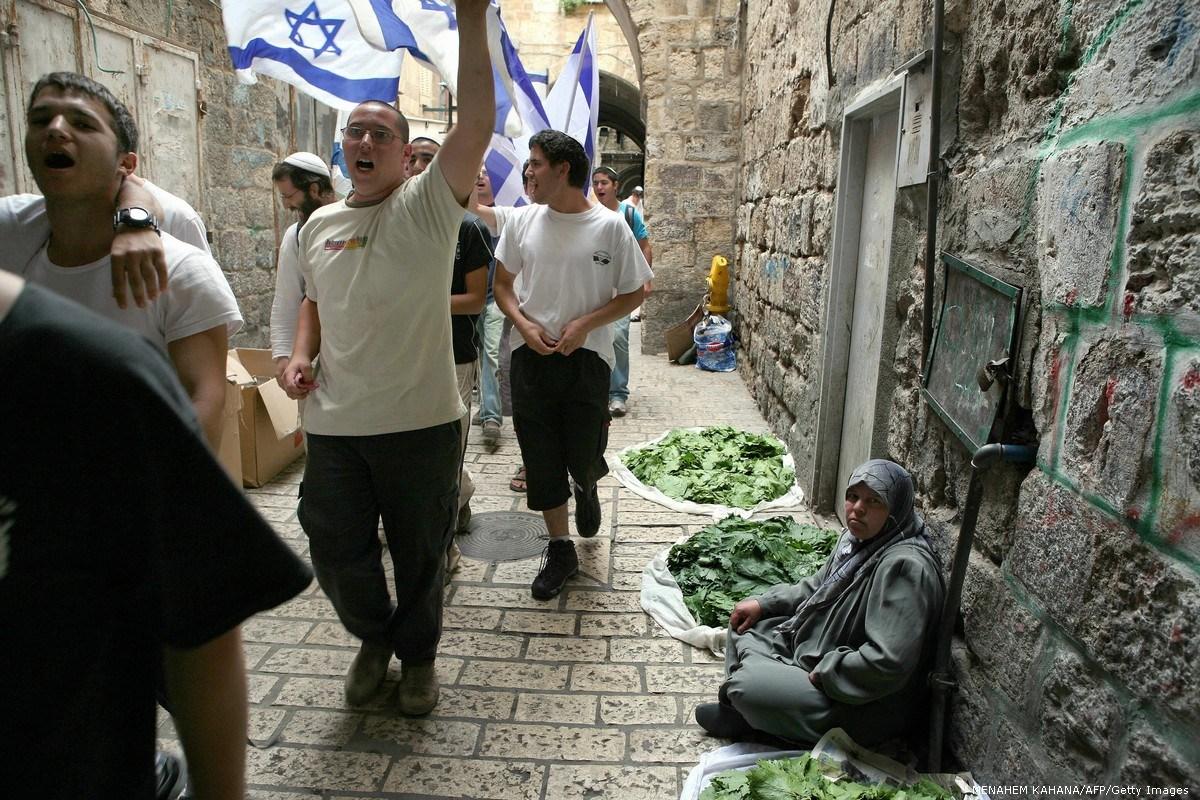 Israel’s Supreme Court, sitting as the High Court of Justice, “has rejected a petition to bar the annual Jerusalem Day flag march from passing through the Old City’s Muslim Quarter”, reported Haaretz.

The petition, filed by the Ir Amim NGO, argued that allowing the nationalist march to pass through the Muslim Quarter “would be even more offensive than usual to residents”, since this year the event will take place “during the final days of Ramadan”.

Jerusalem Day marks Israel’s occupation of East Jerusalem in 1967, and this year will fall on 2 June. Every year, “tens of thousands of religious Zionist youths march through the Old City”, in a display of nationalist pride that frequently sees harassment of Palestinians and racist chanting.

The Supreme Court justices declined to interfere in the police’s decision about the route.

“The current situation correctly balances between freedom of expression and the rights of those marching in the flag march, on one hand, and the collective and individual interests of Old City residents on the other,” the ruling stated.

In what Haaretz described as “an unusual move”, the court imposed costs of 10,000 shekels ($2,800) on Ir Amim, which “will be paid to the police, the Jerusalem municipality and the march’s organisers”.