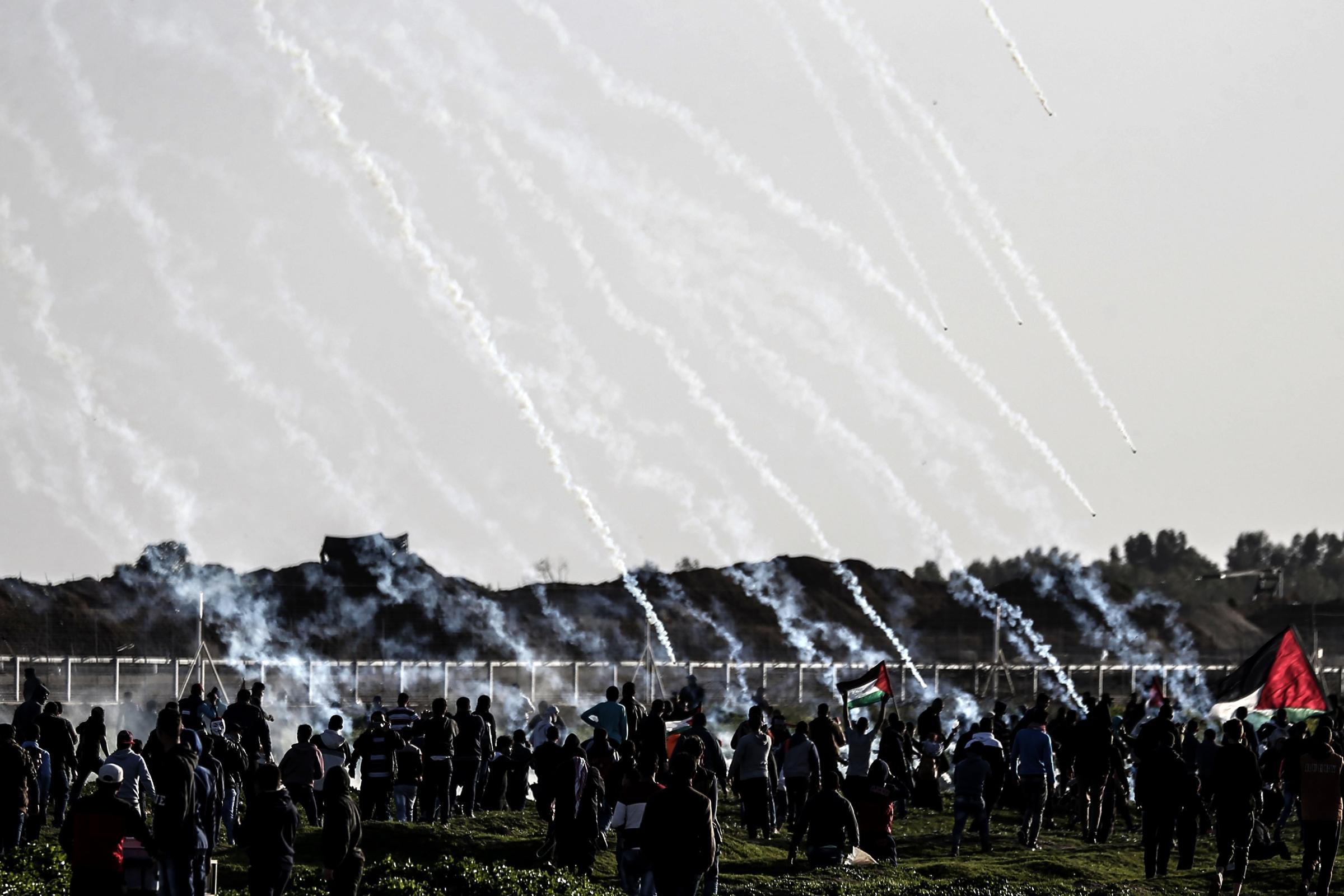 Palestinian Ministry of Health in Gaza said that the levels of injuries of people who arrived at the hospitals during the March of Return and breaking the siege reveal the occupation’s deliberate intentions in killing and mutilation.

Ashraf Al-Qudra, the ministry’s spokesperson, added: “The Israeli occupation forces’ use of lethal force against civilians in the east of Gaza Strip has resulted in the martyrdom of 271 citizens and the injury of 16,500 others.”

Al-Qudra revealed that the occupation had used different types of live bullets, in addition to unidentified and non-coded gas bombs that cause health repercussions for the injured people.

Al-Qudra stressed that the occupation has developed its repressive methods using metal and tear gas bombs as a tool for killing and maiming, which resulted in the death of 6 citizens, including four children, as well as the injury of dozens by various distortions.

The Ministry of Health called on the concerned authorities to monitor the Israeli occupation violations and use of lethal tools out of their standard characteristics.

Since 30 March 2018, Palestinians have been participating in peaceful marches near the fence separating the Gaza Strip and the occupied Palestinian territories in 1948 to demand the return of the refugees to their towns and villages from which they were displaced in 1948, and the breaking of the imposed siege on Gaza.