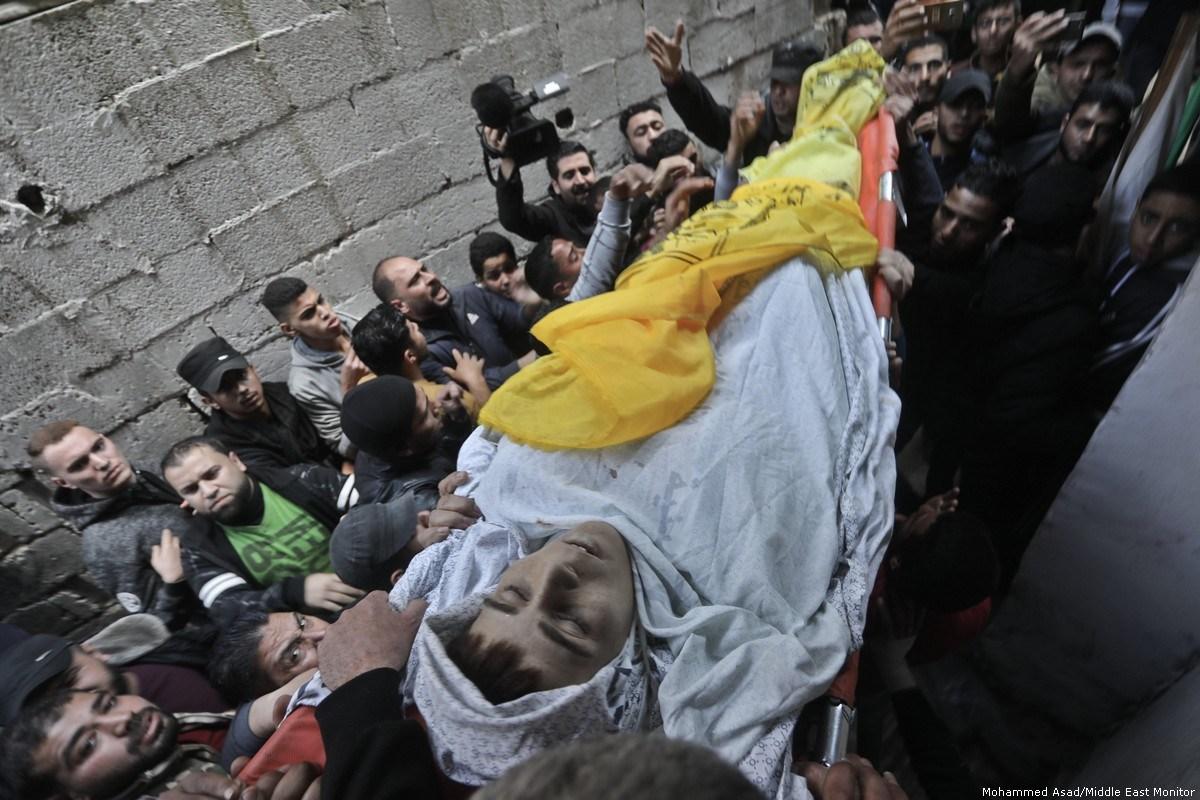 Israel deliberately targeted children and journalists during peaceful protests in Gaza, putting them in breach of international law, the United Nations Human Rights Council (UNHRC) said in a report today.

The UNHRC found that footage from the scene, eye witness accounts and medical records have shown that Israeli soldiers opened fire on medical staff and journalists covering the “Great March of Return”.

Two journalists and three medical workers were killed by live ammunition, and 39 of each were injured between 30 March and 31 December 2018, despite their protected status under international law.

They also found that women and disabled people were targeted by Israeli soldiers.

It continued, that despite having knowledge early on that “shooting by Israeli security forces of Palestinian demonstrators with high-velocity weaponry at close range resulted in killings and long-term, life-changing injuries, including paralysis and amputations … Israeli forces continued this practice.” This, the report continues, “indicates a disproportionate use of force”.

It added that it had found “reasonable grounds to believe that … the use of live ammunition by Israeli security forces against demonstrators was unlawful.”

In just one day on 14 May, the Israeli army shot and killed seven children, the youngest being only 13 years of age.

Of the 189 found to have been killed during these protests, the UNHRC concluded that only 29 were affiliated to armed groups.

The commission also found Israel has consistently failed to investigate and prosecute commanders and soldiers who are alleged to have committed crimes against Palestinians and cast doubt over Israel’s willingness to scrutinise the actions of the military and civilian leadership who drafted and approved these rules of engagement.

In a series of recommendations to the Israeli government, the UNHRC demanded an end to the blockade of the Gaza Strip immediately, that demonstrators be given swift access to medical care, and that Israel cease using lethal force against civilians, journalists, medical staff, children and disabled people.

Amongst other things, they recommended an immediate investigation into alleged war crimes committed, and to hold those responsible to account.

They called on the UN Commissioner for Human Rights to handle and distribute the evidence presented and distributed to legal bodies including the International Criminal Court for investigation into the alleged perpetrators.

Those found guilty of crimes should  be sanctioned, have their assets frozen and be extradited for trial, the report added.

The Israeli government dismissed the report as a “theatre of the absurd”.

With acting Foreign Minister Israel Katz branding the report “hostile and mendacious, and slanted against the State of Israel”, citing Tel Aviv’s “right to self-defence”.