After a 181 year ban,US Democrats to allow hijab on House floor 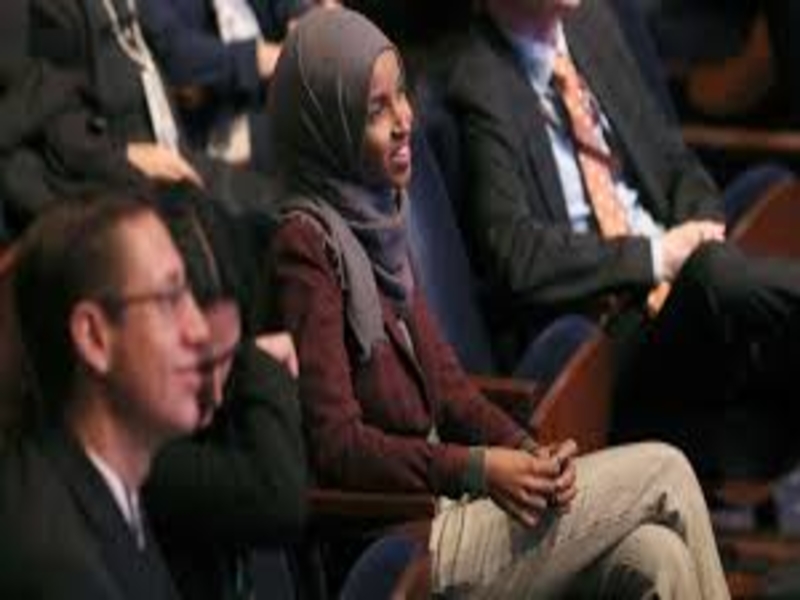 Democrats in the House of Representatives are attempting to change a 181-year-old rule banning the wearing of hats in the chamber in order to accommodate one of the first Muslims elected to Congress, who wears a headscarf.

The leader of the House Democrats, Nancy Pelosi, along with Democrat Rep. Jim McGovern of Massachusetts and Minnesota Representative-elect Ilhan Omar, put together a proposal with a number of rule changes for when the Democrats take control of the House next year.

The ban on head coverings in the House was adopted in September 1837 and prohibited any person from wearing a hat or headscarf.

But the proposal seeks an exemption that will “clarify in the rules that religious headwear is permitted to be worn in the House chamber”.

Omar is a Somali-American who came to the U.S. over two decades ago as a refugee. She campaigned on a progressive platform and won and will become the first member of Congress to wear a headscarf. Joining her will be Rashida Tlaib, an activist of Palestinian descent, who was elected to represent Michigan’s 13th district.

The draft of the proposal, which was published by The Washington Post, is part of an effort to be inclusive of diversity and stop discrimination in Congress.

“No one puts a scarf on my head but me. It’s my choice—one protected by the first amendment,” Omar said on Twitter. “And this is not the last ban I’m going to work to lift.”

The proposal comes after a midterm election season which saw many Republican candidates use anti-Muslim rhetoric in their campaigns and at a time when many European nations are implementing bans or restrictions on wearing face veils, including France, which was the first European country to ban full-face veils in public places.