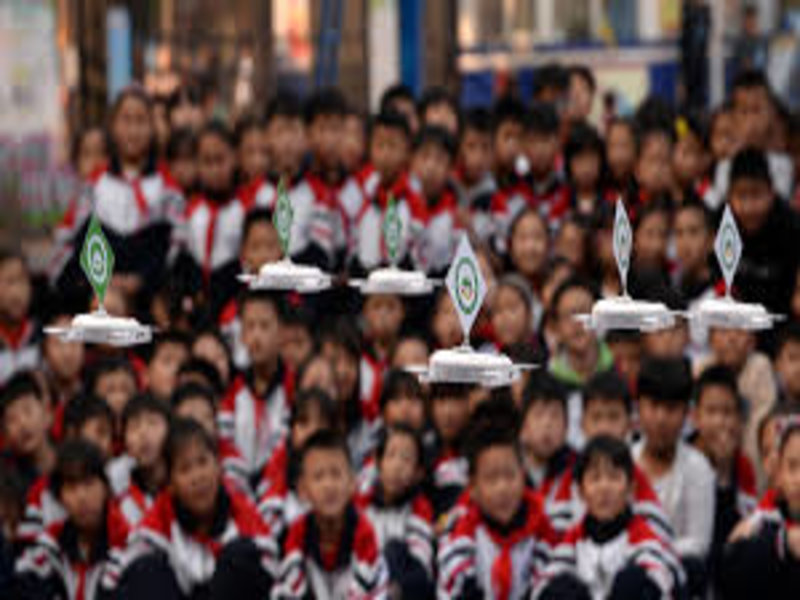 At a top government-funded research institute, high schoolers are being recruited to develop weaponry operated by AI. The program is China’s latest move in their race against the US to “lead the game of modern wars”.

The Beijing Institute of Technology, a leading government-funded research institute, has selected China’s best and brightest youths to participate in an artificial intelligence based weapon design program which seeks to put China on the cutting-edge of modern warfare.

According to the BIT’s website, 27 boys and 4 girls will be groomed to become the world’s youngest weapons designers. Those chosen were selected from a list of 5,000 candidates, all of whom are under the age of 18 and “patriots,” according to an anonymous professor cited by South China Morning Post.

According to a brochure for the program, each student will be guided by weapons scientists from academic backgrounds and from the defense industry. The students will even get hands-on experience working in actual defense laboratories.

The program lasts four years, at the end of which graduates will be expected to continue in their field of specialization at the Ph.D. level.

Ironically, China was the first superpower to endorse a call for a ban on autonomous lethal weapons at the UN. As of now, automated weapons systems need to employ “meaningful human control”, as required by the Martens Clause, an international law which stipulates that emerging weapons technologies be developed in accordance with the “principles of humanity”.

Both Russia and the US have stated their opposition to the ban on fully automated weaponry.

Eleonore Pauwels of the UN center for policy research in New York expressed her concern over China’s initiative in an interview with Business Insider: “This is the first university programme in the world designed to aggressively and strategically encourage the next generation to think, design and deploy AI for military research and use.”

The program, launched in October of this year, is only the latest in China’s push for “global domination” in the field of AI, which it aims to achieve by the year 2030. Following Xi Jinping’s call last year for a stronger national focus on AI technology, China mobilized resources from the central government as well as its massive tech companies.

China’s boldness in the field of weapons technology has expectedly become a serious concern for the US, inciting President Trump to increasingly confrontational responses. Last September, the US Defense Advanced Research Projects Agency (DARPA) announced its own $2.7 bn initiative in weaponized AI research, assuring that China will have serious competition.