Battle for Hodeidah ‘threatens lives’ of 59 children in hospital 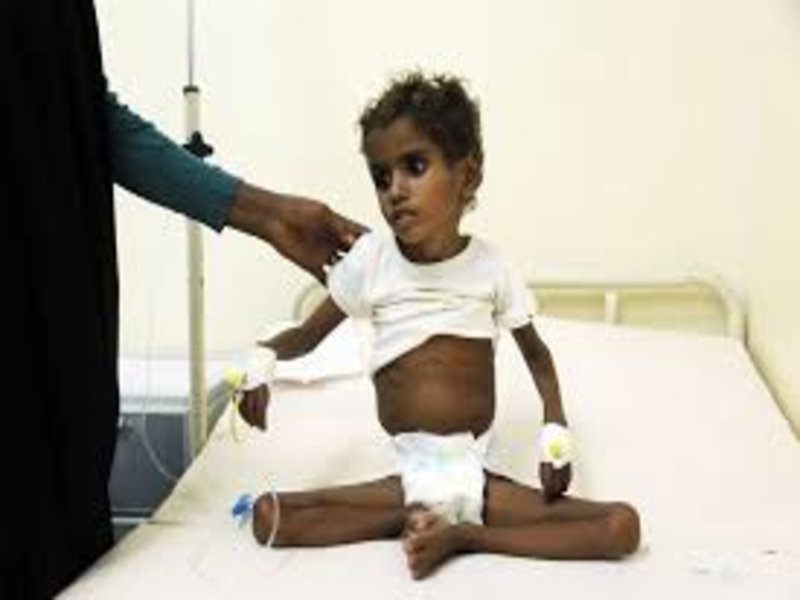 The battle for the city of Hodeidah in western Yemen has placed dozens of children in a hospital “at imminent risk of death”, according to the United Nations’ children’s agency (UNICEF).

The urgent warning on Tuesday came amid reports of fierce clashes between pro-government forces, which are backed by a Saudi-UAE-led military coalition, and Houthi rebels near the strategic Red Sea port, where hundreds of thousands of civilians could be trapped as war closes in.

“Intense fighting in the Yemeni port city of Hodeidah is now dangerously close to al-Thawra hospital – putting the lives of 59 children, including 25 in the intensive care unit, at imminent risk of death,” UNICEF said in a statement.

The agency said that medical staff and patients in the hospital in southern Hodeidah city, just 500 metres from the port, heard heavy bombing and gunfire.

“Access to and from the hospital, the only functioning one in the area, is now imperilled,” it said.

The conflict in Yemen began with the 2014 takeover of the capital, Sanaa, by the Houthis, who toppled the internationally recognised government of President Abd-Rabbu Mansour Hadi.

The Saudi-UAE-led alliance, which is backed by the United States, intervened in 2015 in the form of a massive air campaign aimed at reinstalling Hadi’s government.

In June, the coalition launched a new offensive to retake Hodeidah, held by the Houthis since 2014.

The city is the main portal for humanitarian aid to the suffering population of Yemen, where famine looms over 14 million people – half of the country’s population – and a child dies every 10 minutes, according to the UN.

“The toll in lives could be catastrophic if the port is damaged, destroyed or blocked,” UNICEF said.

The Saudi-UAE coalition has imposed a blockade on the port, allegedly as part of efforts to prevent the Houthis from using it as a landing point for weapons supplied by Iran – an accusation denied by both the rebels and Tehran.

Rights groups are also warning that the worst could be yet to come in Hodeidah.

Doctors Without Borders (MSF) said: “As fighting intensifies in Hodeidah, MSF is concerned for patients and staff at

Al-Salakhana hospital and for thousands of residents who remain in the city.

“All parties to the conflict must ensure that civilians and facilities such as hospitals are protected in Yemen,” the aid group said in a Twitter post on Tuesday.

Save the Children has reported almost 100 air raids counted by its staff at the weekend – five times as many as in the whole first week of October.

The poorest country in the Arab world, Yemen is now home to what the UN calls the world’s worst humanitarian crisis.

According to the UN, at least 10,000 people have been killed since the coalition entered the conflict.

The death toll has not been updated in years, however, and is likely to be far higher – the Armed Conflict Location and Event Data Project, an independent watchdog, recently said around 56,000 Yemenis had been killed in the violence.