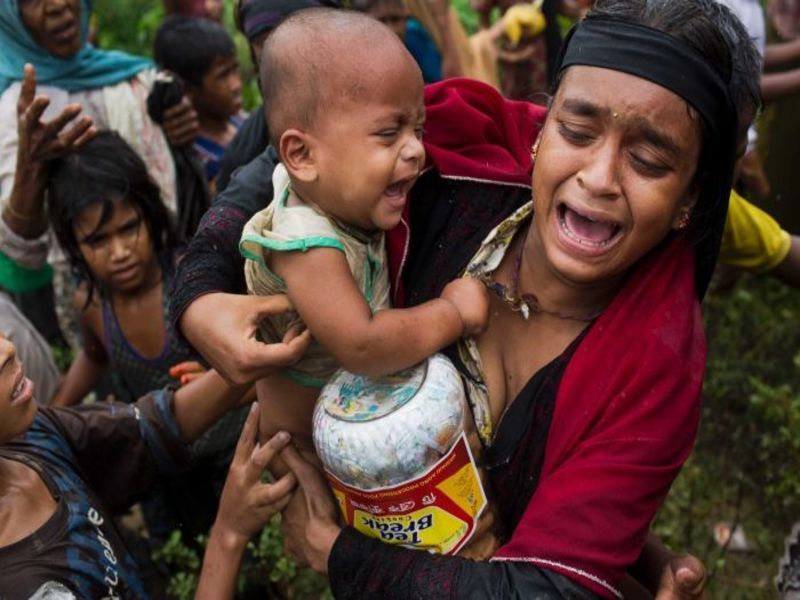 Genocide continues to take place against Muslim-majority Rohingya in Myanmar and the government is increasingly demonstrating it has no interest in establishing a fully functioning democracy, a UN investigator said.

Marzuki Darusman, chair of the UN fact-finding mission on Myanmar, said the estimated 250,000 to 400,000 Rohingya who remained in the Buddhist-majority country following last year’s brutal crackdown “continue to suffer the most severe” restrictions and repression.

“Atrocities continue to take place today,” Darusman told reporters as he prepared to brief the UN Security Council on the situation on Wednesday. “It is an ongoing genocide that is taking place.”

There is increasing global pressure on Myanmar to act following a military crackdown in the western state of Rakhine that drove some 700,000 Rohingya across the border into Bangladesh, amid accusations of mass rape, murder and torture.

Myanmar’s government has rejected the 440-page UN report on the crackdown, which concluded top military leaders should be prosecuted for war crimes, crimes against humanity, and genocide for their role in the crackdown.

Darusman’s briefing to the Security Council drew objections from six of its 15 members including China, which is Myanmar’s neighbour and ally, and Russia.

“National sovereignty is not a licence to commit crimes against humanity or genocide,” said Darusman. “The Rohingya and all of Myanmar’s people, in fact the entire world, is looking at you to take action.”

Myanmar has denied committing atrocities against the Rohingya, saying its military carried out justifiable military action against rebels who had attacked security posts in the region.

The country’s UN ambassador said Myanmar would never accept being referred to the International Criminal Court.
Al Jazeera’s Diplomatic Editor James Bays said a referral was unlikely, with China and Russia able to use their veto to protect Myanmar from any action.

“A Security Council veto could and almost certainly would be used,” Bays said. “But an investigation into the crime of forced expulsion is a possibility because the country many people fled to, Bangladesh, has signed up to the court’s jurisdiction.”

Britain coordinates council action on Myanmar and the country’s ambassador to the UN, Karen Pierce, said she would push for “accountability that genuinely ends the Burmese military’s impunity”.

‘Apartheid situation’
Yanghee Lee, the UN special investigator on human rights in Myanmar, told reporters leader Aung San Suu Kyi was “in denial” about the crackdown, and her government did not appear to be all that different from the military dictatorship of the past.

“The government is increasingly demonstrating that it has no interest and capacity in establishing a fully functioning democracy where all its people equally enjoy all their rights and freedoms,” Lee said.

“It is not upholding justice and rule of law”, which Aung San Suu Kyi “repeatedly says is the standard to which all in Myanmar are held”, she added.

The conditions were not right for any Rohingya to return to Myanmar, she said.

“Repatriation is not possible now,” she stressed. “I will not encourage any repatriation. Right now, it’s like an apartheid situation where Rohingyas still living in Myanmar … have no freedom of movement.

“The camps, the shelters, the model villages that are being built, it’s more of a cementing of total segregation or separation from the Rakhine ethnic community.”