Rights group: ‘At least 1 Gazan is killed every single day’ 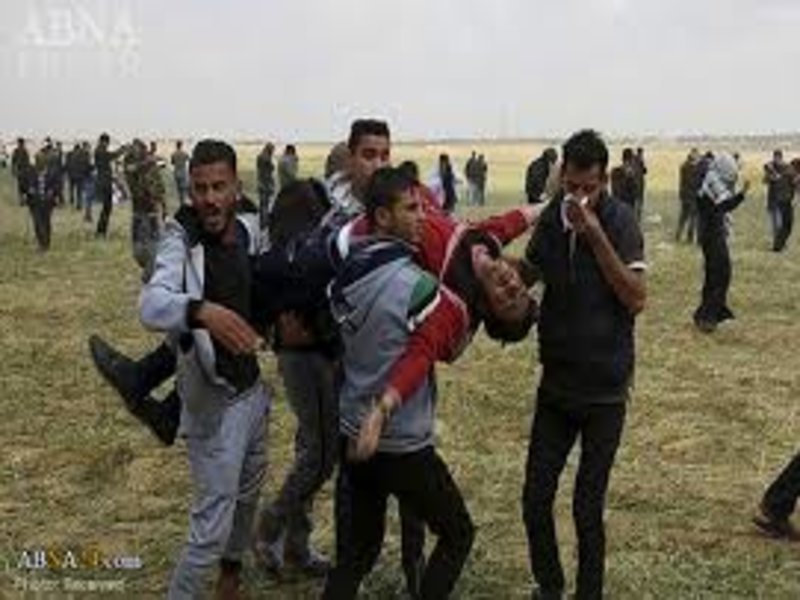 At least one Palestinian is killed by Israeli occupation forces on average each day since the “Great March of Return” protests were launched in the Gaza Strip 200 days ago, the Geneva-based Euro-Mediterranean Human Rights Monitor (Euro-Med) said.

“The Euro-Mediterranean Human Rights Monitor calls on the international community to exert serious pressure to put an end to the targeting of Palestinian demonstrators in the Gaza Strip and to protect their right to peaceful assembly,” the groups said in a statement.

It went on to call on “all parties concerned to exert pressure on Israel to lift its blockade affecting every aspect of Gaza’s largely civilian population.”

Euro-Med described the continued use of excessive force by Israeli forces against Palestinian protesters at the Israel-Gaza fence as “deeply shocking”, noting that in the 200 days of protests, Gaza lost 205 residents.

At least “one Palestinian is killed every single day”, it added, further noting that “in every 100 Gazans, one injury was recorded.”

“Despite the fact that the protesters were mostly unarmed civilians and did not in most cases pose a credible threat, the Israeli forces met them with lethal force, including by live fire and explosive bullets, as well as toxic gas and tear gas.”

In addition, 69 of those injured suffered permanent disability, 14 of whom were children, according to the latest statistics by the Palestinian Ministry of Health in Gaza.

Euro-Med stressed “Israel’s response to protests violates the principles of international human rights law; that is, despite the fact that protests have largely been peaceful, Israeli soldiers killed 205 people, including five women and 38 children, while also injuring 22,527 others, 18% of whom are children.”

“The Israeli authorities continue to impose a relentlessly suffocating blockade that has left civilians unaccounted for, simply as collateral damage to a policy of collective punishment.”

Euro-Med said “Neither medical teams nor journalists were spared; three medical personnel have been killed and 409 others wounded by live ammunition and tear gas canisters since the beginning of demonstrations. In addition, 84 ambulances and medical tents have been targeted using gas bombs.”

“The targeting of civilians while exercising their right to peaceful assembly, guaranteed by Article 21 of the International Covenant on Civil and Political Rights, cannot be justified, and violates the protection accorded to them as civilians – in accordance with Article III of the Fourth Geneva Convention, which prohibits attacks on persons not taking part in hostilities.”

She added: “The targeting of medical staff and journalists also contravenes international humanitarian law, specifically articles 15 and 79 of Additional Protocol I to the Geneva Conventions, which stipulate that medical, journalistic and civilian personnel must be respected and protected.”