UN Warns: Yemen could face the ‘world’s worst famine in 100 years’ if fighting does not stop 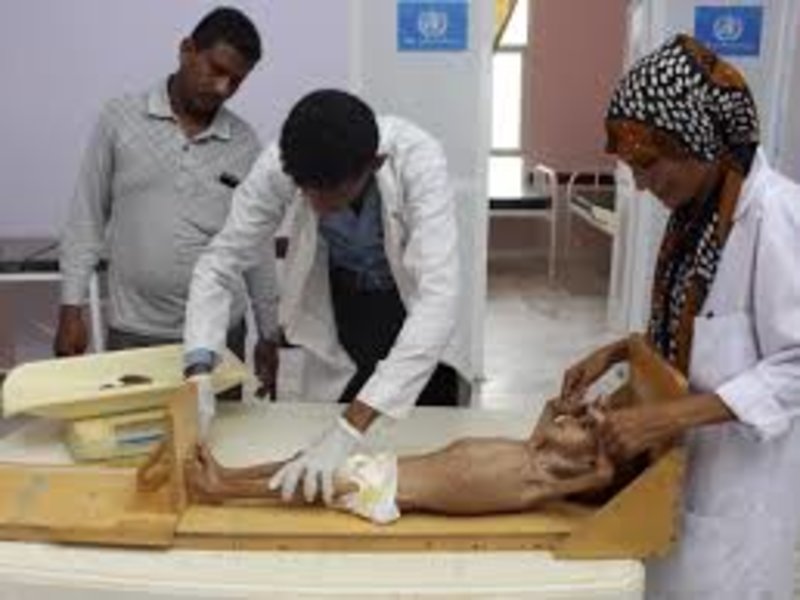 Yemen could face the “worst famine in the world in 100 years” if fighting continues, the United Nations has warned, as The Independent learned an official declaration of famine would likely be announced in just a few weeks.

Lise Grande, the UN’s coordinator for Yemen, said that as many as 13 million civilians could die from starvation if a Saudi Arabia-led coalition does not halt its bombardment of the impoverished country.

More than 10,000 people have already been killed in the fighting and 3 million internally displaced since the Gulf alliance began bombing the country in 2015 to oust the Shia Houthi rebels.

“I think many of us felt as we went into the 21st century that it was unthinkable that we could see a famine like we saw in Ethiopia … Yet the reality is that in Yemen that is precisely what we are looking at,” Ms Grande told the BBC.

“We should be ashamed and we should, every day that we wake up, renew our commitment to do everything possible to help the people that are suffering and to end the conflict,” she added.

Ms Grande’s comments came as The Independent learned that in the coming weeks international bodies, including the UN, were likely to raise the integrated food security phase classification (IPC) to five, which means an official declaration of famine.

The IPC is a global scale, initially developed by the UN, to classify levels of hunger in order to trigger an international response.

At the moment Yemen is at level four, which means it is on the brink of famine.

The last country to be declared a level 5 was South Sudan last year.

Yemen has been ripped apart by war since the spring of 2015 when a Saudi-led coalition began bombing the country to reinstate its Sunni ally president Abedrabbo Mansour Hadi. Months previously Mr Hadi had been chased out of the country by the Iran-backed Houthi rebels that have repeatedly launched long-range missiles at Saudi Arabia.

The Gulf coalition has meanwhile enforced a land, sea and air blockade on the country, impacting food and fuel supplies.

Both sides of the conflict have been accused of contributing to the devastating humanitarian crisis which is currently the world’s largest. The UN estimate a staggering 22 million people, or three-quarters of the population, rely on aid to survive.

Aid workers on the ground said that conditions have deteriorated since the currency collapsed, seeing food prices double over the month.

In total, the charity Save the Children now estimates that 50,000 children under the age of five could die from malnutrition this year alone, which is an average of 130 a day.

Sylvia Ghaly, from Save the Children, said she saw women in Hodeidah too hungry to breastfeed and so were forced to resort to feeding their newborns water and sugar. Parents were regularly skipping meals.

“Children are half the size they should be for their age: a seven-year-old might look four. You can see their rib cages,” Ms Ghaly told The Independent from Sana’a.

“If it wasn’t for humanitarian aid, Yemen would have already collapsed into famine. But no amount of aid can support the growing number of people in need. This is a catastrophic, manmade humanitarian crisis, we need to put all our efforts to put a peaceful end to this conflict.”

“Civilians in Yemen are not starving, they are being starved,” he said on Monday.

Civilians in Yemen are not starving, they are being starved
Jan Egeland, secretary-general of the NRC

“Let it be known that the worst famine on our watch is wholly manmade by Yemen’s local conflict parties and their international sponsors,” he said.

Amid fears of an impending famine are concerns there could be a renewed outbreak of related diseases, such as cholera, which is spreading almost unchecked as the battles rage on.

According to Save The Children, there has been a 170 per cent increase in suspected cholera cases since June, when the new Hodeidah offensive was launched.

They said malnutrition, displacement and air strikes on water supplies could spark a new wave of the disease nationwide.