Saudis warn of ‘greater action’ if sanctions imposed over Khashoggi 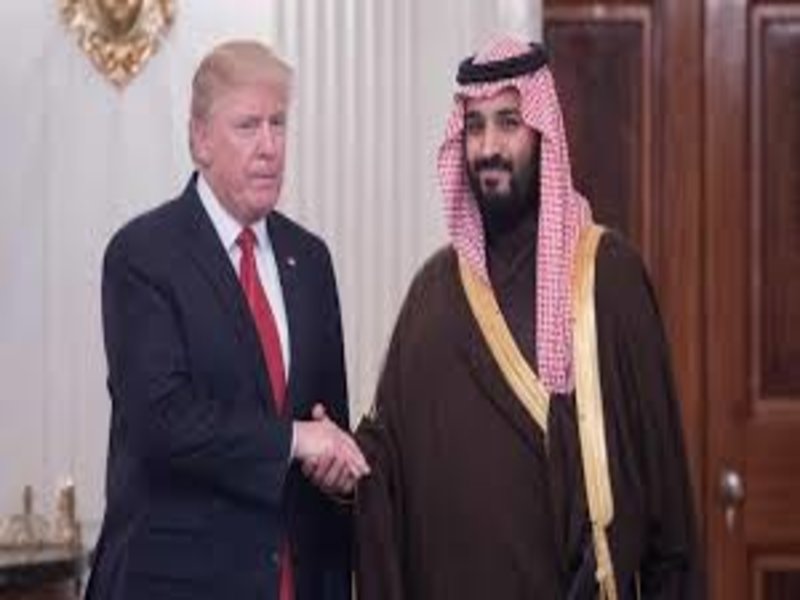 Saudi Arabia has rejected threats to punish it over the disappearance and alleged murder of journalist Jamal Khashoggi in Istanbul, saying the kingdom would retaliate against any sanctions with “greater action,” its official state news agency said.

Sunday’s comments came after US President Donald Trump threatened “severe punishment” for Riyadh if it turned out Khashoggi, a prominent critic of Saudi authorities and a legal resident of the US, was killed in the Saudi consulate on 2 October.

Trump, in excerpts from an interview with CBS released on Saturday, said he did not want to block military sales to Saudi Arabia, one option that has rattled US defence contractors, but that “there are other ways of punishing”.

On Sunday, the Saudi Press Agency quoted an unnamed government source as saying: “The kingdom affirms its total rejection of any threats and attempts to undermine it, whether by threatening to impose economic sanctions, using political pressures, or repeating false accusations …

“The kingdom also affirms that if it receives any action, it will respond with greater action, and that the kingdom’s economy has an influential and vital role in the global economy,” the source added without elaborating.

As investors took fright, the threat caused the stock market of the world’s biggest oil exporter to lose as much as $33bn of its value on Sunday, in one of the first signs of the economic pain that Riyadh could suffer over the affair.

In an article in Al Arabiya on Sunday, Turki Aldakhil, who is the general manager of the Al Arabiya News Channel and close to Saudi’s Crown Prince Mohammed Bin Salman, said: “Decision-making circles within the kingdom… have discuss[ed] more than 30 potential measures to be taken against the imposition of sanctions on Riyadh…

“If US sanctions are imposed on Saudi Arabia, we will be facing an economic disaster that would rock the entire world…

“If the price of oil reaching $80 angered President Trump, no one should rule out the price jumping to $100, or $200, or even double that figure…

“All of this will throw the Middle East, the entire Muslim world, into the arms of Iran, which will become closer to Riyadh than Washington.”

Aldakhil also warned that Riyadh would turn to China and Russia for its armaments, adding: “The truth is that if Washington imposes sanctions on Riyadh, it will stab its own economy to death, even though it thinks that it is stabbing only Riyadh!”

Joint UK, French and German call for probe
Britain, France and Germany called on the Saudi and Turkish authorities on Sunday to mount a “credible investigation” into the disappearance of Khashoggi, saying they were treating the incident with “the utmost seriousness”.

“There needs to be a credible investigation to establish the truth about what happened, and – if relevant – to identify those bearing responsibility for the disappearance of Jamal Khashoggi, and ensure that they are held to account,” foreign ministers from the three countries said in a joint statement.

“We encourage joint Saudi-Turkish efforts in that regard, and expect the Saudi Government to provide a complete and detailed response.

On Sunday, the BBC reported that the UK and US are considering boycotting a Saudi-backed conference set to take place later this month in Riyadh as a result of Khashoggi’s disappearance.

Diplomatic sources told the UK broadcaster that both US Treasury Secretary Steve Mnuchin and UK International Trade Secretary Liam Fox might not attend the Future Investment Initiative (FII), due to the affair.

Asked about Fox’s attendance at the event, often referred to as “Davos in the Desert,” a spokesman for the UK’s international trade department told the BBC that the minister’s “diary was not yet finalised”.

Turkish authorities claim they have evidence that the journalist, a critic of the policies of bin Salman, was murdered.

Sources close to the Turkish investigation have told Middle East Eye that Khashoggi was dragged from the consul general’s office inside the consulate before he was brutally murdered by two men who then cut up his body.

Saudi officials have strongly denied any involvement in his disappearance and say that he left the consulate soon after arriving.

However, they have not presented any evidence to corroborate their claim and say that video cameras at the consulate were not recording at the time.

‘Condemnation is not enough’
In a piece for the New York Times on Saturday, Hatice Cengiz, Khashoggi’s fiancee, has said “condemnation” alone was not good enough if the journalist had been murdered.

“If we have already lost Jamal, then condemnation is not enough,” she wrote

“The people who took him from us, irrespective of their political positions, must be held accountable and punished to the full extent of the law.”

Noting that Saturday had been Khashoggi’s birthday, she said: “When your loved one leaves this world, the other world no longer seemed scary or far away.

“It is being left here all alone, without them, that is most painful.”

The UK’s main opposition Labour Party said on Sunday it would stop selling arms to Saudi Arabia if it were in government.