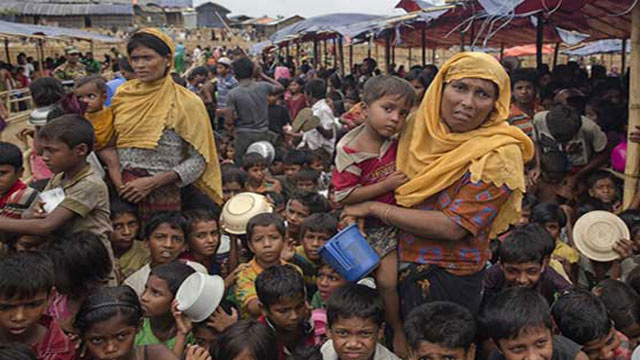 The International Criminal Court (ICC) on Tuesday launched a preliminary investigation into the crimes committed by Myanmar against the Rohingya people.

Bensouda noted that her office has received a number of communications and reports alleging crimes since the end of 2017.

The preliminary examination will be made on the forced displacement of the Rohingya people, including the deprivation of their fundamental rights as well as killing, sexual violence, enforced disappearance, destruction and looting, the prosecutor added.

“A preliminary examination is not an investigation but a process of examining the information available in order to reach a fully informed determination on whether there is a reasonable basis to proceed with an investigation pursuant to the criteria established by the Rome Statute,” she said.

Her office will evaluate whether crimes such as the crimes of persecution and other inhumane acts may be applicable to the situation at hand.

She added: “While Myanmar is not a State Party to the ICC, Bangladesh is. The Court may therefore exercise jurisdiction over conduct to the extent it partly occurred on the territory of Bangladesh.”

Earlier this month, the court ruled that it has jurisdiction to investigate the crimes against Rohingya Muslims in Myanmar’s Rakhine state.

More than 34,000 Rohingya were also thrown into fires, while over 114,000 others were beaten, said the OIDA report, entitled Forced Migration of Rohingya: The Untold Experience.

Some 18,000 Rohingya women and girls were raped by Myanmar’s army and police, and over 115,000 Rohingya houses were burned down and 113,000 others vandalized, it added.

According to Amnesty International, more than 750,000 Rohingya refugees, mostly children and women, fled Myanmar and crossed into Bangladesh after Myanmar forces launched a crackdown on the minority Muslim community in August 2017.

The UN has documented mass gang rapes, killings — including of infants and young children — brutal beatings, and disappearances committed by Myanmar state forces. In a report, UN investigators said such violations may have constituted crimes against humanity.