Israel reopens its only goods crossing with Gaza 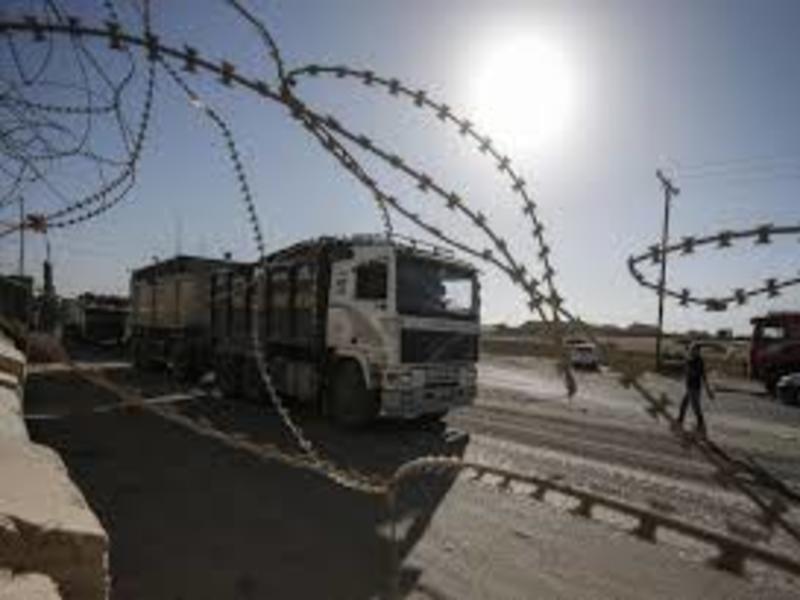 Israel reopened its only goods crossing with the Gaza Strip on Wednesday in response to relative calm on the border after months of tensions prompted a blockade on most goods from July 9.

An AFP journalist at the Kerem Shalom crossing said dozens of trucks carrying various types of goods, including fuel, began passing into the blockaded Palestinian enclave run by Hamas.

Both Israeli and Palestinian officials confirmed the reopening of the crossing, a key lifeline for Gazans and their crippled economy.

Israel also returned the fishing zone it enforces off the Gaza Strip to nine nautical miles in the south of the enclave.

The limit is six nautical miles in the north, which borders Israel.

Israeli authorities announced on July 9 that the goods crossing was being closed to most deliveries, partly in response to kites and balloons being flown across the border carrying firebombs to burn Israeli farmland.

Food and medicines have been allowed through, but fuel had been intermittently blocked, including since August 2. All other goods were turned away.

The fuel ban exacerbated an electricity crisis in the Gaza Strip, which already suffers from severe power shortages and relies on generators in many cases.

Gaza border protests broke out on March 30 and have led to months of tension that have also seen several military flare-ups.

At least 169 Palestinians have been killed in Gaza by Israeli fire since March 30, mostly during clashes and protests.
One Israeli soldier was shot dead by a Palestinian sniper in July.

Palestinian militants in Gaza and Israel have fought three wars since 2008.