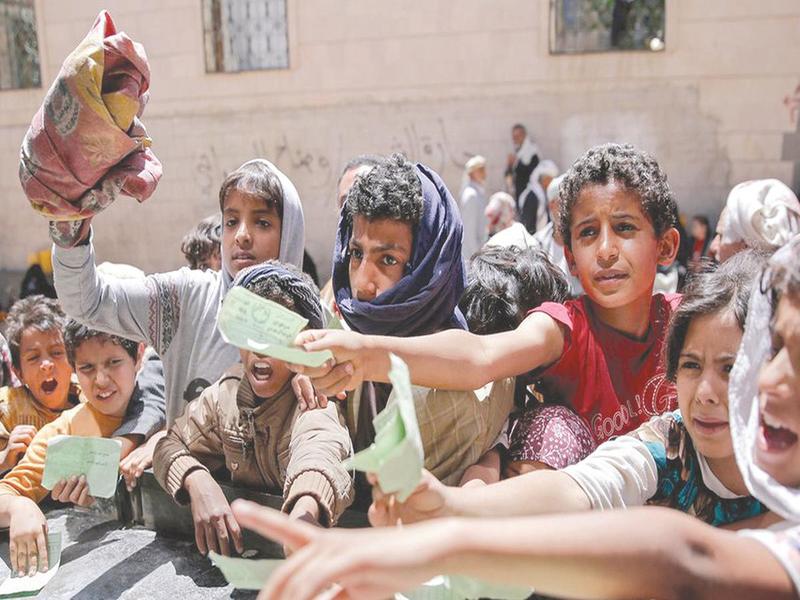 The International Campaign to Boycott the UAE (ICBU) said on Sunday that the UAE’s attempts to appear as if it were fighting and combating human trafficking crimes through holding conferences are attempts to deflect attention from own crimes. In reality, Abu Dhabi has become the undisputed capital of human trafficking, the ICBU said.

The ICBU explained that many African children have brought to fight in Yemen alongside the UAE army or the mercenary militias of the UAE. Such children are frequently brought through African ports, many of which are partly owned by the UAE and then exploited and forced to carry arms and fight in Yemen. Hundreds of them were killed and buried in the battlefield.

It added that the UAE army uses Yemeni citizens, including children, men and women in the fighting in Yemen, taking advantage of their living and economic conditions.

The International Campaign reported that the UAE issued the Anti-Human Trafficking Act in 2006 and 2015. Under the law, human trafficking includes all forms of sexual exploitation, involving others in prostitution, servitude, forced labour, trafficking in human organs, forced service, begging and practices similar to slavery.

The international campaign stressed that this law was issued to cover the number of significant human trafficking operations in the UAE, where the recruitment of children was excluded from the law.

the UAE brings workers from outside the country, both men and women, to work in the UAE, and then confiscate their passports under government sponsorship. Besides, their right to move or refuse to work or to report violations committed against them is seized, on the pretext that they entered the country legally according to an agreement between them and employers, but the international humanitarian law is unambiguous that everyone’s right to self-determination cannot be taken

The boycott campaign said that the international community, human rights institutions and UN agencies must intervene to stop human rights violations committed by the United Arab Emirates in Yemen, financing terrorism and human trafficking. The boycott campaign also called on companies, banks and international institutions to boycott the UAE economically because of its continuing trafficking in human beings, financing terrorism and violating human rights in Yemen, and to force the authorities in Abu Dhabi to respect human rights.