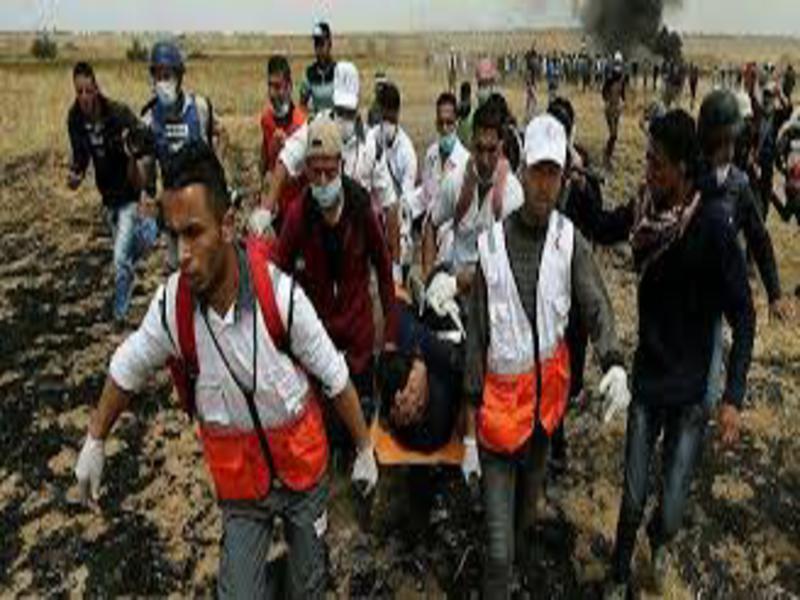 Some 155 Palestinians have been shot and killed by Israeli occupation forces as they took part in the “Great March of Return” protests in the besieged Gaza Strip, the Ministry of Health has revealed.

Twenty-three of those killed were minors under the age of 18 and three were women.

Of those injured, the ministry said, 4,348 were struck with live ammunition, 430 with rubber-coated steel bullets, and a1,593 suffered severe gas suffocation cases.

Sixty-eight cases of amputations were reported, most in the lower extremities, two in the upper extremities and six Palestinians lost one or more fingers.

Two medics were killed and another 360 were injured with live bullets and tear-gas suffocation and 69 ambulances were damaged as a result of Israel’s heavy-handed response to unarmed Palestinian protesters.

On 30 March, Palestinians launched a protest movement dubbed “The Great March of Return” to demand their right to return to the homes their families were forced out of during the Nakba and an end to Israel’s stifling siege on the Gaza Strip.