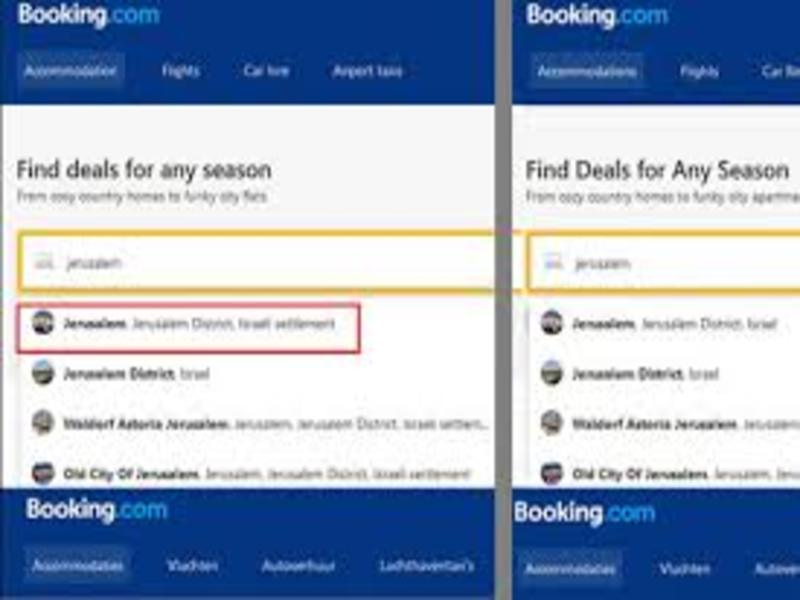 Global brands tend to tread carefully in protecting their image. Sleepwalking into a political row is the last thing they’d do but not so it seems with a popular site around the world used by millions to book holidays.

Booking.com did exactly that by amending its definition of the city of Jerusalem from as an “Israeli settlement” to being a city in Israel, following complaints by a Belgian Jewish newspaper.

It’s not clear why the online travel reservation service made the call to change its description of Jerusalem following a complaint, given that East Jerusalem is regarded as occupied territory under international law and global consensus is that the eastern part of the holy city is the capital of Palestine.

The Amsterdam-based company made the amendment yesterday, a day after Michael Freilich, editor-in-chief of the Joods Actueel newspaper in Antwerp, asked the firm about its characterisation of the capital city.

Freilich is said to have been surprised by the booking agency’s swift response. “I thought it was a hoax until I checked it out and saw it with my own eyes,” Freilich said of his verification of a tip by one of his readers. No explanation was given for the amendment.

The willingness of the global brand to wade into a global diplomatic row with such alacrity is likely to raise eyebrows.

Founded in the Netherlands in 1996, Booking.com is said to offer more than 28 million reported listings in more than 138,000 destinations in 229 countries and territories worldwide. More than 1.5 million room nights are reserved daily on the platform, according to the firm.