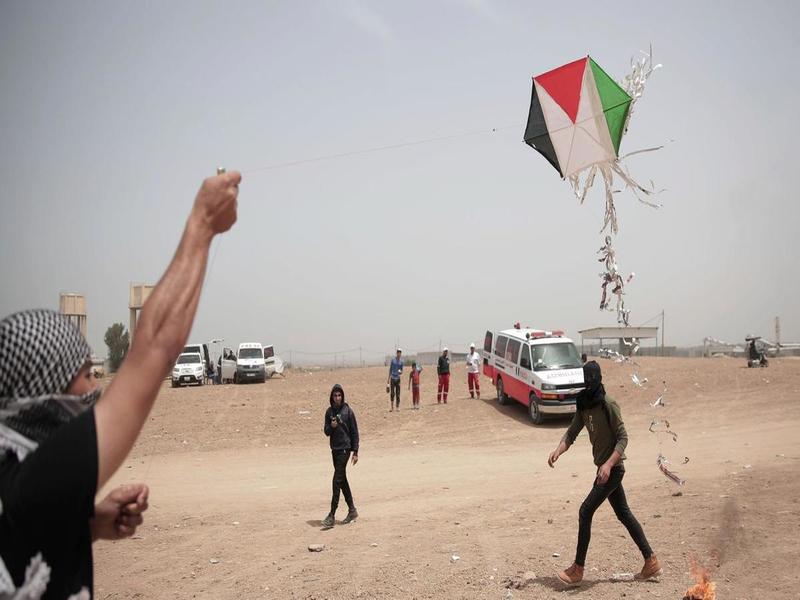 A group of Palestinian activists in the Gaza Strip who have been flying incendiary kites and balloons into Israeli territory say they will continue their activities — despite Israeli threats — until the 11-year blockade of Gaza is lifted.

“Since morning, our units have been steering flaming kites and balloons over Israeli-occupied territory to show that we don’t take orders from anyone,” the Sons of al-Zawari — a self-proclaimed “brigade” of Palestinian kite flyers — said in a Wednesday statement.

“We will continue our peaceful resistance until our demands are met and the siege lifted,” the group added.

It went on to deny Israeli media reports that resistance movement Hamas, which has governed the Gaza Strip since 2007, had vowed to curtail the group’s activities.

“These reports are completely false,” the group said. “The Palestinian factions will not stop us from waging peaceful resistance.”

The Sons of al-Zawari take their name from Mohamed al-Zawari, a Tunisian aviation engineer who was assassinated in 2016 by unknown gunmen.

Many observers blame Israel for the death of al-Zawari, who had had reportedly contributed heavily to Hamas’s drone-production program.

In reference to a raft of fresh Israeli restrictions on Gaza, the group said: “The more they tighten the siege, the more fires we’ll set [inside Israel].”

In recent weeks, Palestinian activists in Gaza have been flying flaming kites and balloons over Israeli territory as part of ongoing popular rallies along the Gaza-Israel security fence.

According to Israeli officials, the improvised aerial weapons have caused numerous fires inside Israel, causing considerable material damage — in some cases — but no deaths or injuries.

Since the rallies along the security fence first kicked off on Mar. 30, more than 130 Palestinian protesters have been killed — and thousands more injured — by Israeli army gunfire.

Protesters demand the “right of return” to their homes and villages in historical Palestine from which they were driven in 1948 to make way for the new state of Israel.

They also demand an end to Israel’s 11-year blockade of the Gaza Strip, which has gutted the coastal enclave’s economy and deprived its roughly two million inhabitants of basic commodities.