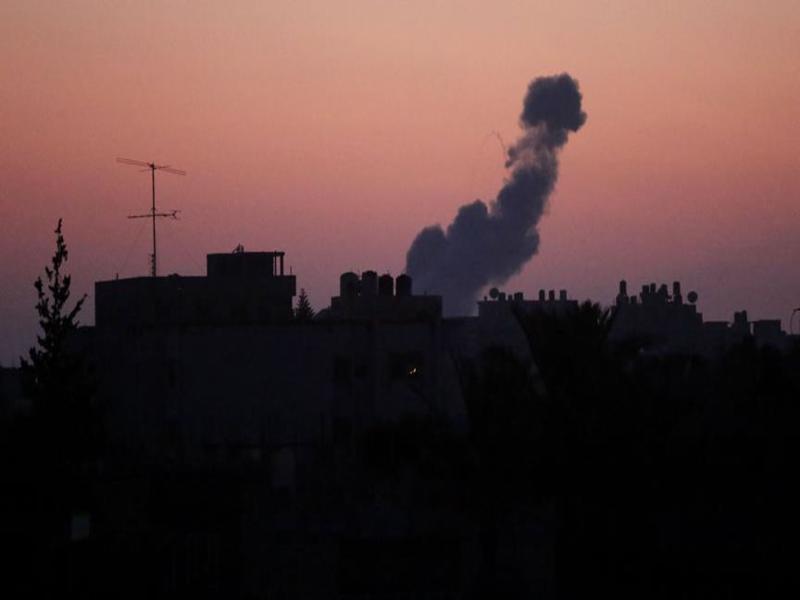 The Israeli military said early Wednesday that it conducted airstrikes on the Gaza Strip against two targets belonging to Hamas.

On its Twitter account, the Israeli Defense Forces said it considered Hamas responsible for rockets allegedly fired towards Israeli territory, and as retaliation, it targeted two observation posts in northern Gaza.

Hamas spokesman Fawzi Barhoum, in a statement, said quick retaliation by the resistance movement was necessary as Israel is increasing tensions, targeting Palestinian resisters and peaceful protesters. He did not clearly claim responsibility on behalf of the organization for the alleged rocket attacks on Israel, however.

Israeli warplanes on Tuesday fired missiles toward a group of Palestinians flying incendiary kites in the eastern Gaza Strip.

Palestinian activists have been flying incendiary kites and balloons toward Israeli territory as part of ongoing demonstrations near the Israel-Gaza security fence that began on March 30.

Since the protests began, at least 132 Palestinian demonstrators have been martyred and thousands more injured by Israeli army gunfire.

Protesters demand the “right of return” to their homes in historical Palestine from which they were driven in 1948 to make way for the new state of Israel.

They also demand an end to Israel’s decade-long blockade of the Gaza Strip, which has gutted the coastal enclave’s economy and deprived its roughly two million inhabitants of basic commodities.