What’s next for Turkey after Erdogan’s election victory? 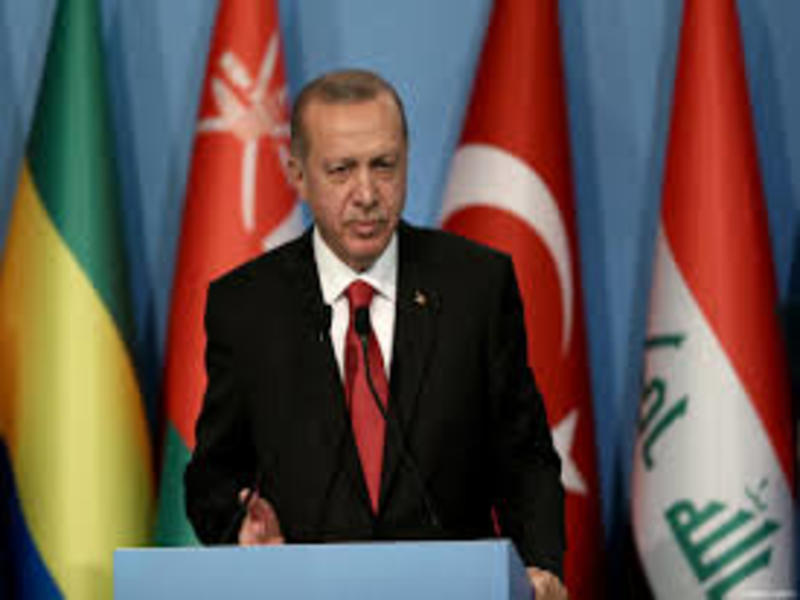 Turkey’s high-stakes elections might be over, but the dynamics that will emerge after ushering in a new executive presidential system are yet to be seen in practice.

The branches of the Turkish government are now set to begin implementing a series of constitutional amendments approved in a referendum last year.

Under the new system, re-elected Erdogan will be able to appoint vice presidents, ministers, high-level officials and senior judges, as well as dissolve parliament, issue executive decrees and impose a state of emergency.

Erdogan, who has been in power for more than 15 years, has repeatedly stressed the necessity of having a powerful executive presidency to create a confident and stable country that will take “steps for the future in a stronger manner”.

The opposition, Turkey’s Western allies and other critics, however, say that the system grants the presidency major new powers while omitting the necessary checks and balances.

Analyst and columnist Avni Ozgurel said that while the new system will allow Turkey to be governed in a more efficient and stable manner in the long run, it is bound to run into problems during its initial implementation stage.

“Erdogan and his team will earn experience and will try to correct the system’s flaws while implementing it,” he said, adding that there will be new decrees and legislation to achieve that.

State of emergency
The state of the economy dominated discussions in the run-up to the vote, which came against a conflicting backdrop of skyrocketing growth – at 7.4 percent last year – and a declining lira, down 20 percent against the US dollar.

The depreciating currency, along with rising inflation and current account deficit, will remain the most pressing issues for the new Erdogan administration on the domestic front, while, internationally, the focus will be on Ankara’s straining ties with the West.

Turkey’s Western allies and rights groups have repeatedly condemned the government’s detentions and purges amid a state of emergency that has been in place since a failed deadly coup in 2016.

Ankara, however, says the moves are in line with the rule of law and aimed at removing the supporters of Fethullah Gulen – a US-based self-exiled religious leader blamed for the putsch – from state institutions and other parts of society.

Ozgurel said Erdogan’s tough relations with the West and internal tensions will start to ease after the president delivers an election promise to lift the emergency measure soon after he takes over the executive presidency.

“The way the Turkish judiciary works will change after the state of emergency is lifted,” he said.

“The judicial channels will be open – and that will start relieving the existing tensions inside and outside.”
AK Party loses votes

Unlike Erdogan’s success, his Justice and Development Party (AK Party) lost its majority in the 600-seat assembly by claiming 295 seats, according to the unofficial results. At 42.5 percent, the party lost seven percentage points compared with the last parliamentary elections in November 2015.

However, the People’s Alliance, an election bloc between the AK Party and the far-right Nationalist Movement Party (MHP), still has the majority with a combined predicted number of 343 seats. Both parties have signaled that they will keep a united front in parliament.

Although their parliamentary majority is enough to pass new legislation, the two allies are still short of the 360 votes required to take an adopted constitutional change to a referendum in the new system.

Mesut Yegen, a professor with Istanbul Sehir University, said Erdogan overcame and averted all obstacles on his way to realising his goal of becoming Turkey’s first executive president.

“It is likely that Erdogan and his party will keep cooperating with the MHP, if he wants to keep on implementing the policies he followed in the last few years. In this case, the AK Party will be bound to the MHP,” Yegen told Al Jazeera.

However, Yegen stressed that the recent practices under the state of emergency created high tensions inside Turkey and put the government in a hard spot internationally by bringing criticism over human rights and democratic standards in the country.

“Now that Erdogan is comfortable, his point of power can allow him to open a new page if he wants to. Accordingly, he might feel not obliged to the MHP at a certain point and cooperate with other parties, such as the [main opposition left-wing] CHP and the [right-wing] IYI Party, in different policy areas,” Yegen said.
Stronger opposition

In the elections, Erdogan’s closest rival, Muharrem Ince of the main opposition Republican People’s Party (CHP), received 30.8 percent of the votes, significantly higher than his party’s 22.6 percent, after carrying out an energetic campaign.

Ever since the 2002 founding of the AK Party, the CHP’s share of the vote had never passed 26 percent. The last time it also exceeded 30 percent in an election was in the 1970s.

Analysts said Ince’s emergence signalled for the first time that there could be a credible alternative to Erdogan, surpassing current CHP leader Kemal Kilicdaroglu.

“In a perfect world, Ince should take over the chair of the CHP right away, because the message [coming from the ballot box] is clear. He has proved that his line can actually grow the CHP with his wide-reaching embracing rhetoric,” Yegen told Al Jazeera.

Ozgurel agreed: “In a Western democracy, a party leader in this situation would gather a party congress to elect a new leader right away for the benefit of his or her party.”