Antonio Guterres: Gaza is close ‘to the brink of war’ 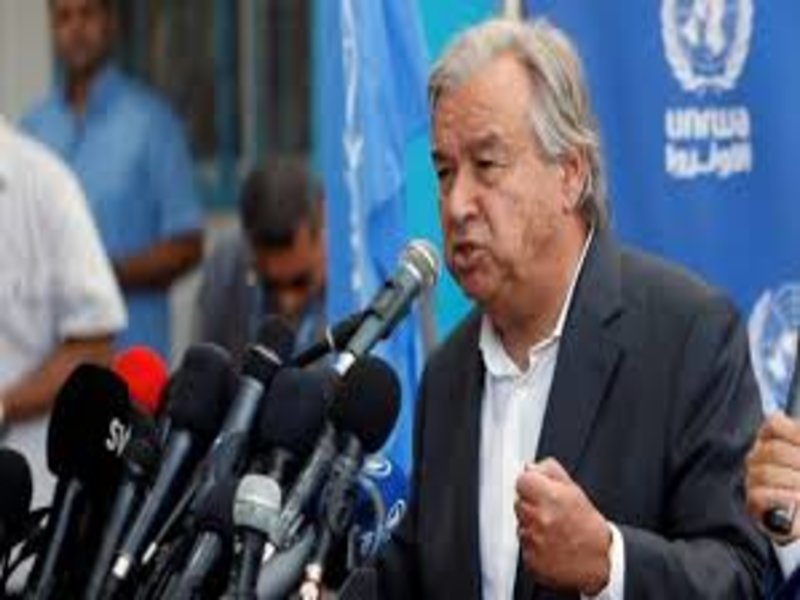 United Nations Secretary-General Antonio Guterres says the escalation of violence in Gaza is “a warning to all how close to the brink of war the situation is,” and he is urging Israel and Gaza’s Hamas government to recommit to the cease-fire that ended their 2014 war.

The UN chief said in a report to the Security Council obtained on Monday by The Associated Press that he is “shocked” by the Israeli Defense Forces’ use of live fire since border protests began in Gaza on March 30. He said its military has “a responsibility to exercise maximum restraint” except as a last resort.

“The killing of children, as well as of clearly identified journalists and medical staffers by security forces during a demonstration are particularly unacceptable,” Guterres said. “They must be allowed to perform their duties without fear of death or injury.”

Guterres also warned that actions by Hamas and other groups not only risk Palestinian and Israeli lives but “efforts to restore dignity and the prospects of a livable future for Palestinians in Gaza.” He cited rockets fired at Israel and attempts to breach the Gaza-Israel fence by some protesters.

“I unequivocally condemn the steps by all parties that have brought us to this dangerous and fragile situation,” the secretary-general said.

Since near-weekly mass protests began along the Israel-Gaza border, more than 120 Palestinians have been killed and over 3,800 wounded by Israeli army fire. The overwhelming majority of the dead and wounded have been unarmed, according to Gaza health officials. Israel says Hamas has used the protests as cover for attacks on the border fence.

Right of return
The marchers have pressed demands for a “right of return” for descendants of Palestinian refugees to ancestral homes in what is now Israel. More than 700,000 Palestinians were expelled or fled in the 1948 Mideast war over Israel’s creation. Two-thirds of Gaza’s two million residents are descendants of refugees.

Guterres reiterated that “there is no viable alternative to the two-state solution,” with Israel and Palestine living side by side in peace and with Jerusalem as the capital of both states.

But he said that “only by changing the reality on the ground – by recognising and addressing the plight of Palestinians in Gaza, ensuring that all sides recommit to the 2014 ceasefire understandings, and supporting Egyptian-led efforts to restore control of the legitimate Palestinian government in Gaza – can we preserve the possibility of a viable, independent and fully representative Palestinian state and avert another disastrous, lethal conflict.”

“Israel’s settlement activities continue unabated and undermine the hopes and the practical prospects for establishing a viable Palestinian state,” he said.

Guterres said Israel’s May 30 decision to advance, approve and issue tenders for some 3,500 housing units in the occupied West Bank was “the largest batch of advancements at one time since June 2017.” And he said it creates “yet more obstacles” to a two-state solution.