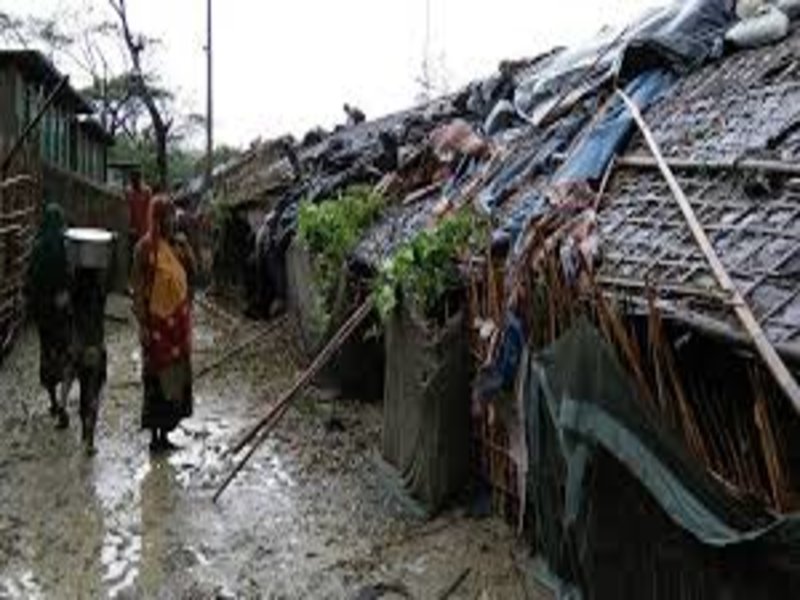 Landslides triggered by heavy monsoon rains has killed at least 12 people in and around Bangladesh’s border district of Cox’s Bazar, which is home to around a million Rohingya refugees.

The victims of Tuesday’s incident were buried under mud when surrounding hills gave way under a deluge of rain.

Aid agencies have been warning of the potential for a humanitarian catastrophe over the coming months as heavy rains lash an area home to the world’s largest refugee camp.

Landslides have so far killed at least 13 people this week, including a Rohingya boy who was crushed to death by a collapsing mud wall at the Kutupalong refugee camp on Monday.

Some 200,000 Rohingya who live on hills around the refugee camps are at risk of death or injury from monsoon rains, officials and relief agencies have said.

Many of the hills around the settlements have been cleared of trees to build shelters, making the land highly unstable.

Nearly 29,000 people have been moved to new locations in advance of the monsoon but the risk of a tragedy remains high.

Caroline Glick from the UN Refugee Agency said many refugees were at risk of landslides as they lived on steep slopes.

“In just one area of the camp I discovered almost 20 families have had to be relocated and almost 30 houses have been damaged due to landslides,” she said.

More rain due
The region is forecast to receive 2.5 metres of rainfall during the monsoon season – roughly triple what Britain gets in a year.

There are also fears flooding could spread disease in the refugee camps.

About 700,000 Muslim-majority Rohingya have fled neighbouring Myanmar since last August after an army crackdown which the UN says amounted to “ethnic cleansing”.

They join around 300,000 refugees from earlier violence in mainly Buddhist Myanmar, where the Rohingya are a persecuted and rendered stateless.