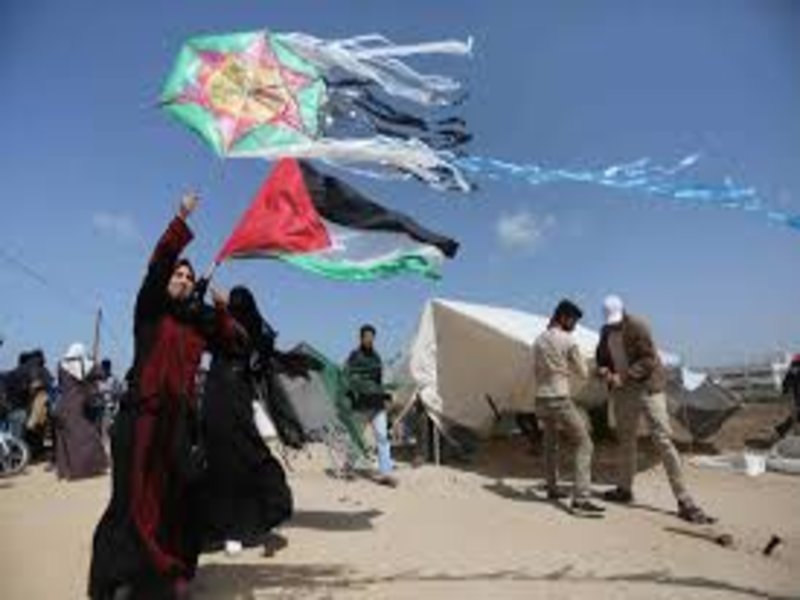 Israel has ordered $1.4 million worth of funds to be withheld from the Palestinian Authority (PA) as compensation for damage reportedly caused by Gaza kites.

Israel’s Prime Minister Benjamin Netanyahu yesterday instructed the head of the National Security Council, Meir Ben-Shabbat, to withhold payments to the PA to offset compensation that is to be paid to farmers in southern Israel.

Widespread damage has been caused to their crops following wildfires that broke out last month, with damages estimated at five million shekels ($1.4 million), according to the Israeli Tax Authority.

Israel has accused kites flying from Gaza during the recent Great March of Return of sparking the fires.

The Israeli government has offered 60 shekels ($17) per dunam (about a quarter acre) to wheat farmers whose crops have suffered damage from the fires, while anyone whose fields have been damaged are to be considered terrorism victims entitled to compensation, according to Haaretz.

Critics of the move have pointed out that the PA does not control the Gaza Strip and therefore cannot be held responsible for the outbreak of the fires. The PA has been in conflict with Hamas, the group which currently rules Gaza, since it won the parliamentary elections of 2006.

Under an economic agreement signed in 1994 during the Oslo process, Israel transfers tens of millions of dollars to the PA each year in customs duties levied on goods destined for Palestinian markets that transit through Israeli ports. Under the arrangement proposed by Netanyahu, Israel will deduct any monetary damages incurred by the farmers from those tax transfers.

Netanyahu’s announcement comes only a day after Israel launched air strikes against Gaza. Residents in Gaza said that Israeli aircraft struck at least three sites, though there were no immediate reports of casualties.

Since the Great March of Return began on 30 March, nearly 120 Palestinians were killed and a further 13,000 were injured. Protesters across Gaza met with Israeli live fire and tear gas dropped from unmanned drones.