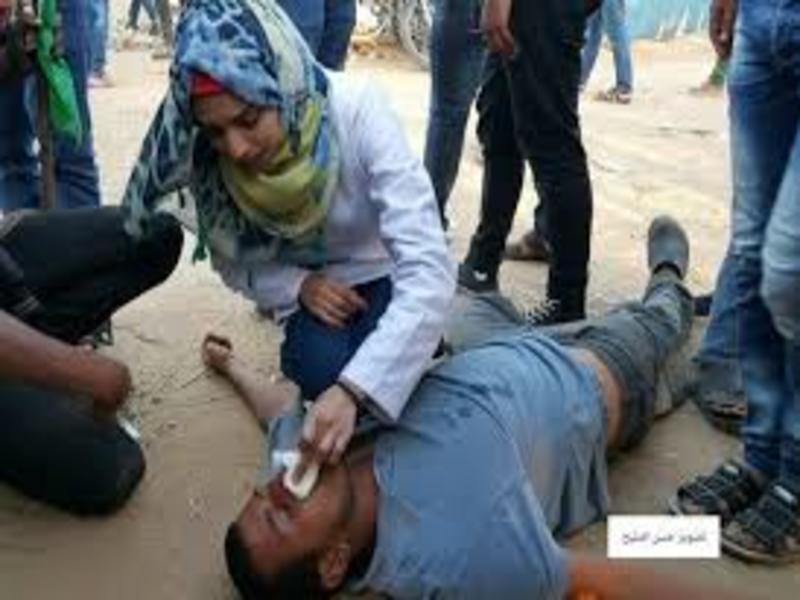 A Palestinian female paramedic was shot dead on Friday by Israeli forces inside the Gaza Strip.

Razan al-Najjar, 21, worked as a paramedic and has been photographed on numerous occasions helping Palestinians injured by Israeli fire during protests.

The initiative sheds light on the right of return for Palestinian refugees displaced in 1948 from their towns and villages in what is now Israel.

Gaza health ministry officials confirmed that at least 100 Palestinians were injured during Friday’s protests, including 40 people with live ammunition.

Flare up of violence
The latest death comes as tensions escalated between Israeli forces and Palestinian groups inside the Gaza Strip after the worst flare-up of violence since the 2014 Gaza war.

Islamic Jihad and Hamas released a joint statement on Wednesday saying they had agreed to a ceasefire if Israel halted its bombardment of the Gaza Strip.

Israel denied it had agreed to a ceasefire but said it did not intend to escalate its military campaign in Gaza.

This latest episode also followed weeks of deadly demonstrations which began on 30 March.

They peaked on 14 May, when at least 61 Palestinians were killed as tens of thousands protested the US transfer of its embassy in Israel from Tel Aviv to Jerusalem the same day.

Low-level demonstrations have continued since.

At least 121 Palestinians have been killed by Israeli fire during this time, with no Israeli fatalities reported.

Israel has faced international criticism and calls for an independent investigation over its use of live fire during the protests.