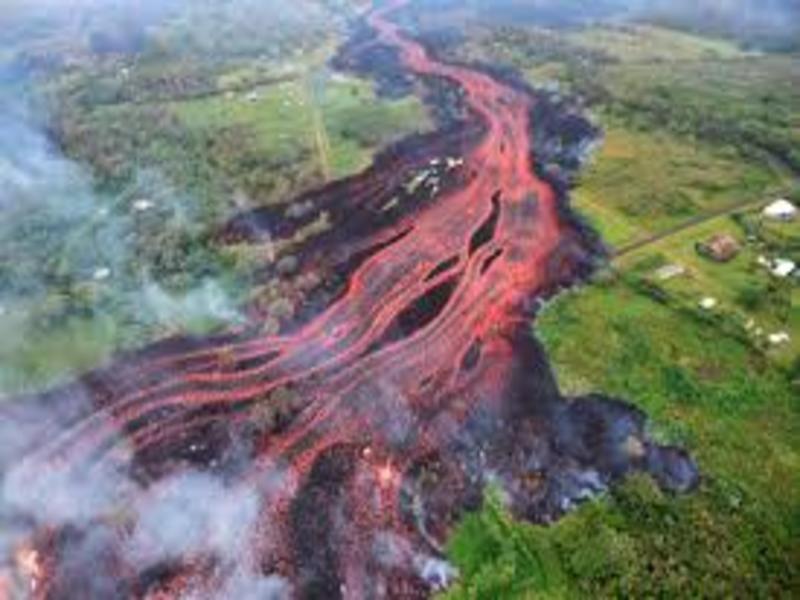 Lava spewing from the Kilauea volcano in Hawaii oozed toward a geothermal power plant Tuesday, prompting workers to race to cap production wells.

The plant, named Puna Geothermal Venture (PGV), was shut down soon after Kilauea erupted on May 3. On Tuesday, lava crept closer to the facilities after burning down a warehouse on the property late Monday night.
PGV provides 25 percent of the power to the island of Hawaii, often called the Big Island, home to roughly 190,000 people and Kilauea.

The power plant generates electricity by harnessing heated water in 11 production wells to turn a turbine. Hawaii emergency authorities and workers worried that if the wells were penetrated by lava, they would spew noxious gas into the air.

The Hawaii County Civil Defense Agency said there appears to be no immediate threat as of Tuesday afternoon.
“Flows [are] slowly flowing closer to PGV,” the agency said in an alert, noting that the “situation [is being] closely monitored.”

Geologists say that the Kilauea explosion is significant and especially dangerous because both the summit and a series of fissures on its side are exploding simultaneously.

Lava from the volcano reached the coast of the Pacific Ocean Tuesday morning, shooting up dramatic plumes of toxic steam as the extremely hot lava evaporates the cool water. The combination forms clouds of dangerous gas known as “laze” that can be fatal if inhaled.

The United States Geological Survey (USGS) on Tuesday declared that the island was still safe for tourists to visit, mirroring statements made by Hawaii Governor David Ige.

“Parts of Hawai’i Volcanoes National Park are closed until further notice and areas of the East Rift Zone are closed to all except residents and emergency responders, but it is safe to visit the rest of the island,” the USGS said in a release.

“But please do not attempt any lava viewing. The eruption is still extremely dynamic and dangerous, and first responders need to focus on protecting residents and not dealing with sightseers.”

Around 50 structures have been destroyed since Kilauea exploded earlier in the month. One man was injured Saturday when a falling ball of lava fell on his leg.