India calls ceasefire in Kashmir for holy month of Ramadaan 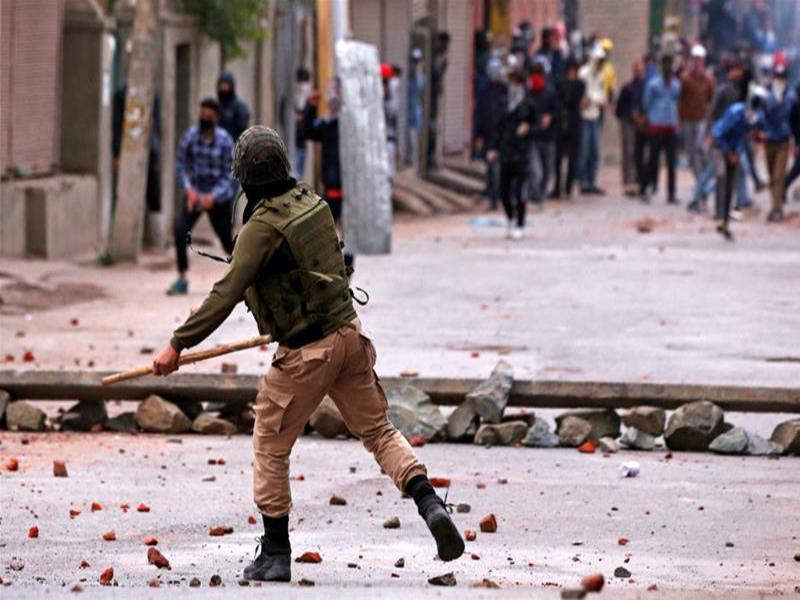 India will suspend all military operations against rebels in Kashmir during the holy month of Ramadan for the first time in nearly two decades.

The move, which comes after months of intense fighting in the disputed Himalayan region, will “help peace-loving Muslims observe Ramzan [Ramadan] in a peaceful environment”, India’s home ministry said in a series of tweets on Wednesday.

However, Indian security forces, of which there are an estimated 500,000 in Kashmir, “reserve the right to retaliate if attacked”, the ministry added.

Mehbooba Mufti, chief minister of the Kashmir government, said on Wednesday he hoped India’s decision “will create a peaceful and amicable environment for sustained dialogue”.

There was no immediate response from rebel groups.

The move marks the first ceasefire for Ramadan since Indian authorities and Hizbul Mujahideen, the largest rebel group, briefly stopped fighting in 2000.

India and Pakistan both claim the Himalayan region of Kashmir, which has been divided between the two nuclear powers since 1947 across the so-called Line of Control (LoC), in its entirety.

More than 270 rebels have been killed in operations led by the Indian army since last year, officials say.

Earlier this month, security forces killed five civilians and five rebels during a gun battle near the city of Srinagar in Indian-administered Kashmir.

Widespread protests took place across the region following the death of four civilians and one Indian soldier during a gunfight in Kulgam district, almost 100km south of Srinagar, a month ago.

Tens of thousands of people have died in the decades-old conflict.