Ahmad Tibi: Jerusalem is Arab and Palestinian before and after Trump decision 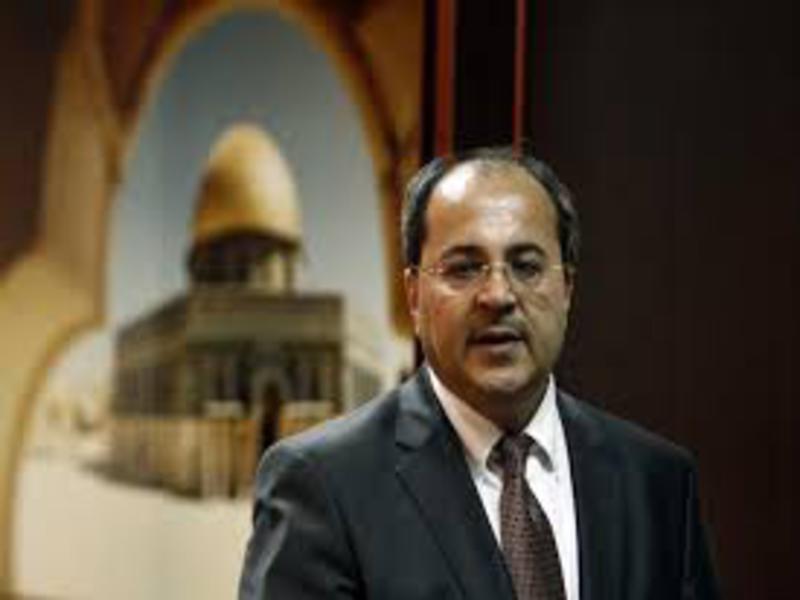 An Arab member of the Israeli Knesset, Ahmad Tibi, stated that “now and more than ever before, Jerusalem is witnessing an unprecedented attack. However, and despite all this, it will remain Arab and Palestinian with its churches, mosques and alleys.” The MP stressed that, “it is [Arab] before and after Donald Trump.”

In an interview with Quds Net News Agency, Tibi pointed out that “the decision of US President Donald Trump concerning the transfer of his embassy to Jerusalem is a slap to all Arabs.” Tibi stressed that this decision is dangerous, illogical, unbalanced and a violation of international law.

“This step proves that the American administration is part of the problem and not the solution, thus entrenching the US administration’s role as an active actor in the occupation, and not a part of the settlement or the convergence of views,” he clarified.

Tibi stressed the need to “stand against this step on the field, parliament and media, calling at the same time for political and popular action against the resolution and to address it by all ways and means.”

He concluded by saying: “The Arab and Muslim worlds are required to rise to the challenge and to protest, for everyone to know how dangerous this decision is. Following this step, Trump revealed that he himself and his administration no longer play the role of the peace mediator between Palestinians and Israelis that he has been trying to communicate.”

On 6 December, 2017, Trump had signed a decision to consider Jerusalem as the capital of the Israeli entity. He announced that he will transfer his embassy from Tel Aviv to Jerusalem later, and on 23 February, two White House officials stated that the transfer of the embassy to Jerusalem will be in May, which coincides with the 70th anniversary of the establishment of the occupation entity.