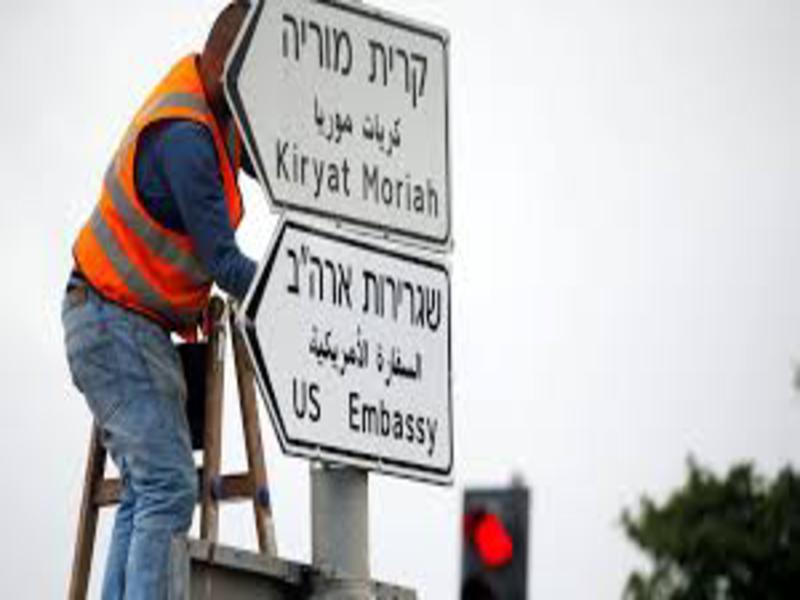 The White House has announced the list of attendees at next week’s ceremony marking the controversial relocation of the US embassy from Tel Aviv to Jerusalem – with President Donald Trump not being part of the delegation.

Instead, a five-person mission, including Trump’s daughter Ivanka, son-in-law Jared Kushner and the US Treasury Secretary Steven Mnuchin, will be present at the opening ceremony on May 14, a White House statement on Monday said.

US Ambassador to Israel David Friedman and Trump’s Middle East envoy Jason Greenblatt will also attend.
In December 2017, Trump called Jerusalem the capital of Israel and launched the process to relocate the embassy there.

The move, long-sought by Israel, broke with decades of US policy as well as the international consensus.

It prompted widespread condemnation and triggered a wave of protests in the occupied Palestinian territories and major international cities.

“This [embassy] move is not only illegal but will also thwart the achievement of a just and lasting peace between two sovereign and democratic states on the 1967 borders, Israel and Palestine living side by side in peace and security,” Palestinian negotiator Saeb Erekat said in a statement.

Both Friedman and Greenblatt have made inflammatory comments regarding the ongoing Israeli-Palestinian conflict in recent months.

Friedman, who was confirmed as ambassador by the US Senate in March, described as “alleged” the Israeli occupation of Palestine during an interview with Israeli publication Jerusalem Post in September 2017.

Following Friedman’s appointment, Israeli Prime Minister Benjamin Netanyahu said he “will be warmly welcomed as President Trump’s representative and as a close friend of Israel”.

Greenblatt, meanwhile, said in March that Hamas, the Palestinian group which governs Israeli-occupied Gaza, is “profoundly unfit” to run the territory.

Road signs
The White House announcement came after “US Embassy” road signs went up in Jerusalem earlier on Monday.

The signs, in English, Hebrew and Arabic, were installed by workmen close to the south Jerusalem location of a US consulate building that will be re-purposed as the embassy when it is officially relocated from Tel Aviv, Reuters news agency reported.

Also on Monday, an Israeli foreign ministry spokesman said Paraguay would also open an embassy in Jerusalem later in May.

Jerusalem is a highly contested city, half of which was occupied and annexed by Israel following the 1967 War.

Israel claims all of Jerusalem as its “united” capital, and its annexation of East Jerusalem effectively put the entire city under de-facto Israeli control. Palestinian leaders, however, see East Jerusalem as the capital of their future state.